Film festival ‘71 on Celluloid’ to begin on Dec 15 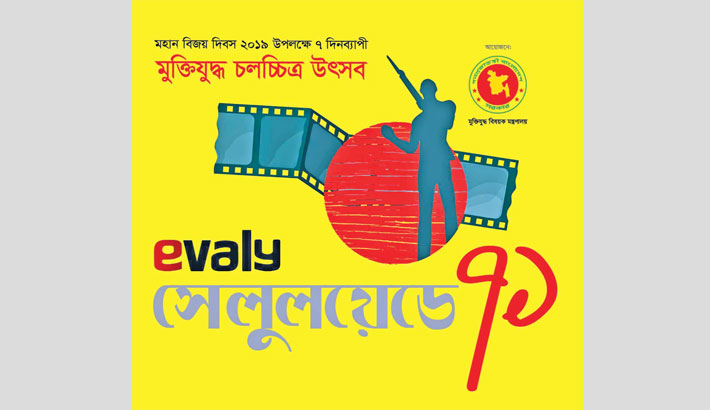 A weeklong Liberation War film festival titled ‘71 on Celluloid’ will begin at National Public Library Auditorium in the capital’s Shahbagh area on December 15 ahead of Great Victory Day.

Movies and documentaries based on the Liberation War of Bangladesh will be screened at the film festival.

Evaly came up as titled sponsor of the festival while it is planned and managed by S S Communication with Bangladesh Film Archive and Bangladesh International Film Movement as associate partners.

On the occasion, Chief Executive Officer (CEO) of Evaly Mohammad Russell said his organisation has decided to support the event under its corporate social responsibility.

Moreover, he said the Evaly was established on December 16 last year upholding spirit of the Great Liberation War. “We feel proud to support such kind of film festival on our great Liberation War in the first year of our journey,” he added.

Russel hoped that the film festival will be able to encourage young generation to know more about the country’s Great Liberation War as well as to help them to reflect patriotism on their work.

The festival will continue till December 21.