No room for the corrupt in AL: Quader 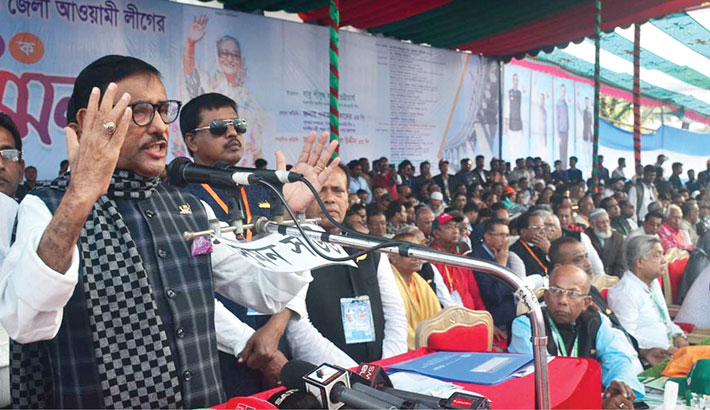 Awami League general secretary Obaidul Quader said on Tuesday that there would be no room for corrupt persons, tender manipulators and miscreants in the party.

“We won’t allow corrupt persons, tender manipulators, miscreants and militants in the party,” he said.

Quader made the party’s stance clear while addressing a council session of the AL Khulna city and district chapters at the Khulna Circuit House ground.

Issuing a note of warning to the corrupt persons and tender manipulators, the AL general secretary

said no one could say when and who will be caught for such misdeeds.

Quader, also a minister for road transport and bridges, said committee should not be formed by relatives of the leader.

“There should be some qualities among activists to be a leader,” he also said.

Expressing dismay over the attitude of some leaders and activists, Quader said that the number of leaders have increased as the party is in power. “We don’t get activists for pasting posters on walls. Even, people have to hire for hanging posters,” he said.

“The countrymen haven’t responded to their call as they don’t want to see killers and patrons of militants [BNP] in power,” he said, posing a question, “When will they wage a movement?”

Calling upon party leaders to evaluate dedicated activists, Quader said activists have to be evaluated in order to save Awami League.