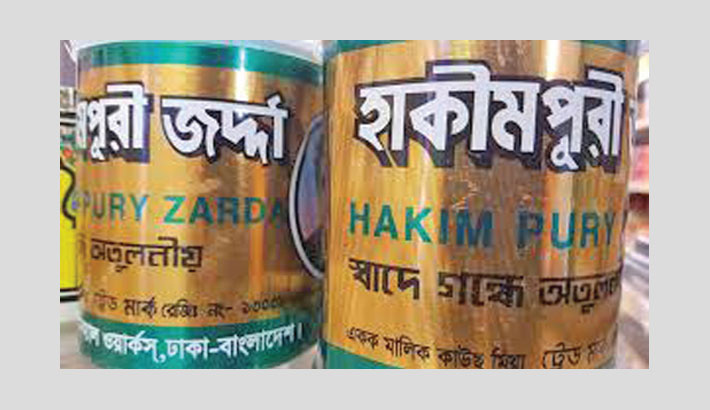 A case was filed against owner of Hakimpuri Zarda dealing in smokeless tobacco product at Pure Food Court of Dhaka South City Corporation (DSCC), as heavy metals like lead, cadmium and chromium was found in it.

Kamrul Hasan said that according to the law there must not be any heavy metals like lead and cadmium in zarda, as they are harmful for human body. He said that Pure Food Court has taken the case into consideration and set December 31 for hearing.

It also sought the lab test report of Bangladesh Food Safety Authority (BFSA) to asses to what extent the heavy metal exists in Hakimpuri Zarda.

Subsequently, the authority decided to remove all products of Hakimpuri Zarda from the market. They will also conduct mobile courts and seize the products if they are on sale.

At a press conference on October 31, the BFSA said they found hazardous substances in 22 samples, ranging from 2 milligram to 11.2 milligram in one kilogram of the products.

Per kilogram of Hakimpuri products have 26 milligram lead, 0.95 milligram cadmium and 1.65 milligram chromium, according to the Food Safety Authority.