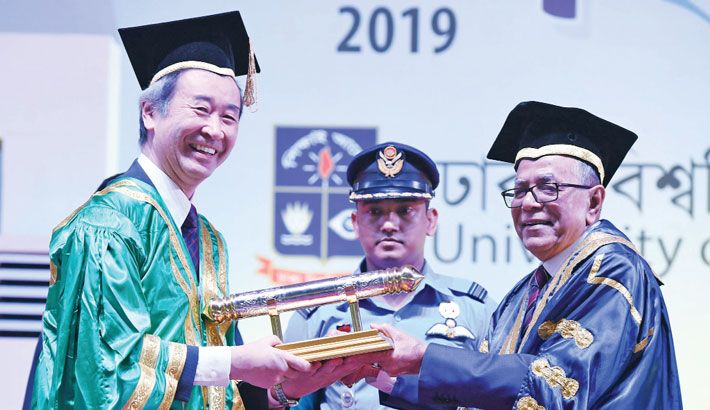 “Thousands of graduates are being produced every year with these commercial courses. A particular class of teachers is making profits [from these courses] … and turning the universities into business institutions,” said Abdul Hamid. 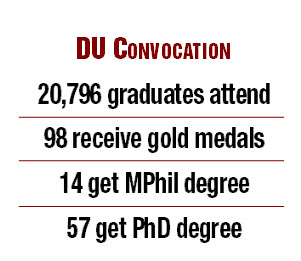 President made the remarks while addressing the 52nd convocation of the Dhaka University on the university campus.

President Hamid, also the Chancellor of the university, noted that there was a question about how much students are benefiting from these degrees though a section of teachers is benefiting.

There are some teachers who are reluctant to take classes of regular courses but are very serious when it comes to evening and diploma courses, and classes at private universities, he added.

He said, “It’s because they get cash benefits from these private universities. But remember, the universities are run with taxpayers’ money. So, you’ve to be accountable to people.”

President said it is the responsibility of vice-chancellors and teachers to ensure the proper use of university funds.

He said research is very important and fundamental task of higher educational institutions, adding that there is a lot of criticism about the quality of research. Research for promotion, or basic research, should also be taken into consideration, he said.

President said, "In many departments, the number of professors is now higher than the teachers of other positions. Many teachers have forgotten the identity of a teacher who got an administrative post."

Lamenting over a series of recent incidents in various universities, he said the image of universities and the reputation of students were tarnished by some inhumane and undesirable incidents in recent times.

"Students are enrolled in university for acquiring knowledge, not to return home as corpses or expelled. These unexpected incidents could have been prevented in many cases if the authorities had taken the right steps in time. The university authorities cannot avoid the responsibilities completely," he said.

However, he hoped that the authorities will take proper action in this regard in future.

About Dhaka University Students' Union (DUCSU), Hamid said some irregularities took place in the last DUCSU election. He urged the university authorities to organize DUCSU election fairly in the future.

The chancellor also said that he doesn't like the activities of  the DUCSU leaders.

"DUCSU leaders should work for the welfare of the Dhaka University students. They should give the highest priority to this matter," he added. The 52nd convocation of Dhaka University (DU) was held on its campus with the participation of 20,796 graduates.

Nobel Laureate in physics and Special University Professor Dr Takaaki Kajita, also Director of the Institute for Cosmic Ray Research of Tokyo University, delivered his speech as the convocation speaker.

President Hamid extended his sincere thanks and felicitations to the Nobel Laureate for his gracious presence at the convocation as his presence gave a fresh impetus to the graduates and the university. "I'm impressed by the honour shown on me by the University of Dhaka. I express my deep gratitude to this university," Professor Dr Takaaki Kajita said.

Indicating the bad effects of the social media, he urged the graduates to use technology for the welfare of the society and the country.