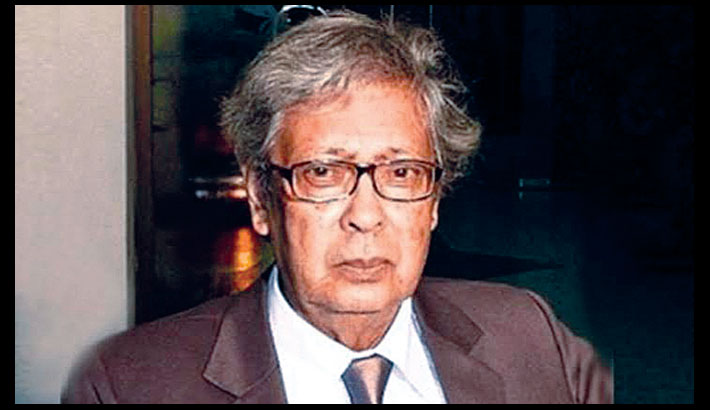 Eminent academic and valiant freedom fighter Professor Ajoy Roy passed away at BIRDEM General Hospital in the capital on Monday. He was 85.

Ajoy Roy, father of slain blogger Avijit Roy, was on life support at intensive care unit in the hospital.

Earlier on November 25, he was admitted to the hospital with fever and breathing difficulties. His health condition had been deteriorating since November 27.

Prof Ajoy was a teacher of the Physics Department of Dhaka University.

He was also the founder of Ekattorer Ghatak Dalal Nirmul Committee.

He played a key role in the movement seeking trial of the war criminals.

The professor was best known for his prominent role in human rights activities and freethinking.

Prof Ajoy appeared in a court on Oct 28 to testify in a case filed over the murder of his son Avijit Roy. Avijit was a secular writer and blogger.

Two research works of the Ekushey Padak-winning physicist have been reviewed by the Nobel Committee for Physics. After retiring from Dhaka University’s physics department, he worked at University Grants Commission.

He took part in language movement in 1952, mass uprising in 1969 and liberation war in 1971. His elder son Avijit, a secular writer who lived in the US, was hacked to death by Islamist militants at Shahbagh in Dhaka.

He was hacked while he was returning from Amar Ekushey Book Fair on Feb 26, 2015. His was wife Rafida Ahmed Bonya was accompanying him during the tragic incident.