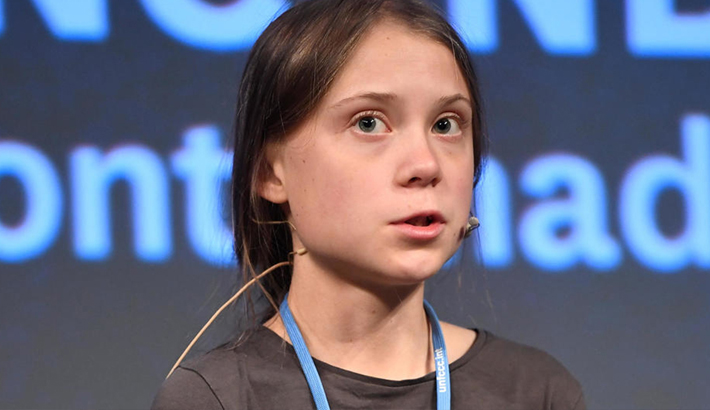 “We can’t afford any more days without real action being taken. Every chance to improve the situation we must take,” the 16-year-old Swede told a press conference before taking part in a climate rally in the Spanish capital later on Friday. “We have been striking now for over a year and still basically nothing has happened. The climate crisis is still being ignored by those in power,” she added.  “We would love some action by people in power because people are suffering and dying due to the climate and ecological emergency and we cant wait any longer.”

The rally in Madrid gets under way at 6 pm (1700 GMT). A simultaneous march will be held in the Chilean capital Santiago, which had been due to host the 12-day gathering but was forced to pull out due to deadly anti-government protests.

Famous for galvanizing a generation of youngsters to fight for the environment, Thunberg, who refuses to fly because of the carbon emissions involved, had been en route to Chile when the venue was changed, forcing her to hitch a ride back to Europe on a catamaran.

She arrived in Madrid on Friday morning following a 10-hour overnight train trip from Lisbon.