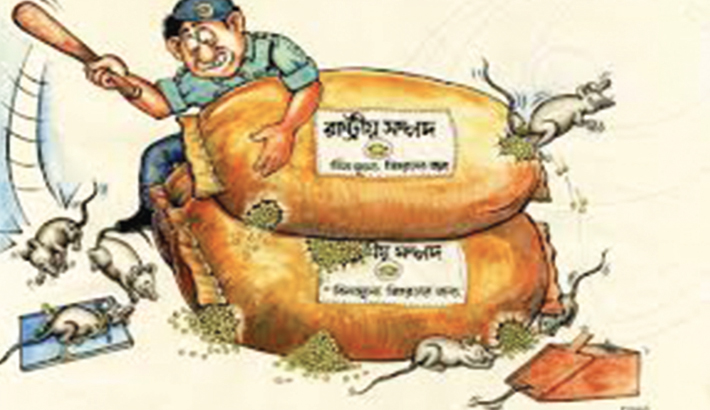 Bangladesh is a very politically conscious country. Almost everywhere people talk about politics and political future and they love to give predictions on political matters and activities. Since the mid-sixties we are passing through this sort of culture. People gather in restaurants of Upazilas or district towns and start political discussions over tea and snacks.

During national and local level elections people take active part as the followers or supporters of different political parties. All the bazaars and growth centres take on a festive look during election time. On the other side, there happens to be some conflicts among the supporters and followers of contesting political parties. In consequences, usually some people get wounded and some have to take medical treatment. If the situation is so in a particular area, the Police and civil administration try to mitigate this situation. Sometimes, the administration and police cannot maintain neutrality and become partial. This is the hard reality prevailing in our country nowadays. But with all these problems and shortcomings people generally take part in the elections and political activities with great enthusiasms.

Politics and political activities are centred around police stations and important other government institutions in the districts and Upazilas. Promising political activists in those areas usually go to the different offices such as hospitals, PWD offices, LGED office, Police stations, Land office, Deputy Commissioner’s office, Judicial Magistrate’s Court, Judge Court, etc. Sometimes, they go to the offices with some people for solving their different problems. On behalf of these people, the political activists talk to the government officials assigned in those offices on various matters. Sometimes office bearers of the ruling party play important roles. And they expect special attention from the government officers.

Up to the eighties decade of the last century lawyers, doctors, journalists and teachers played important roles in politics in the districts and Thana /Upazila towns. But after the proclamation of martial law by General Ershad 1982 the trend of joining politics by lawyers, doctors, journalists and teachers declined or they could not make sufficient space in politics due to the joining in politics of contractors and businessmen. And the ruling authority of the country gave more importance to them than to the lawyers, doctors, teachers and journalists. Still now this sort of trend is going on in our country. It appears that service to the people gets less importance than gaining material benefit in local level politicians. But it is not true in all case though this sort of trending is going on since many years.

Predominance of contractors, businessmen and fake businessmen in district and Upazila headquarters in politics is the trend of last 30/40 years. They dominate politics in their area by muscle and money. They are not the idealist in politics and they easily shift or change their side when opportune moment comes. This is the hard reality in political arena of districts and Upazilas of Bangladesh in general.

Another special characteristic of the political stalwarts in the districts and Upazilas level is to disregard government officers posted in that area. Especially men of party in power have this tendency in general but those who are not in the arena of ruling party are not that aggressive to the government officers. But they did the same like present party in power men while they were in power.

Sometimes situation become so bad that the government officers feel insecure in their place of posting. A number of fake complaints are lodged to the higher authority by the political stalwarts, though not all complaints are fakes.

The local public representatives like members of the parliament and chairman of Upazila Parishads and Zilla Parishads are very much familiar to the government officers. As they have legal and institutional back up, they are regarded by the people as powerful and helpful. The situation of law and order is smooth if mutual respect and confidence prevail between the government officers and the local leaders. Maintaining law and order and running with government programmes are great challenges if there is lack of confidence and mutual respects.

We had a very good tradition that lawyers, doctors and teachers, journalists were in the leading position of politics in the outlying districts. People used to respect them and had great confidence on them. Not many years back, this was the scenario of local level politics in Bangladesh. But during the early eighties of last century this situation changed totally. Now the lawyers, doctors, teachers and journalists have become the backbenchers in districts and Upazila politics. The businessmen and contractors have occupied the local leadership with their muscle and money power. This is true for both the party in power and the opposition camp.

To improve our political culture at local level this scenario should be changed. For that reason new blood should be infused in local level politics. In this respect intelligent, brilliant and respectable persons who can attract people should come forward and take the leadership of district level politics. They should come out from the passiveness and sterility, so people can look upon them with great expectations. This is the high time for good people to come forward to work for the country and the nation needs it.