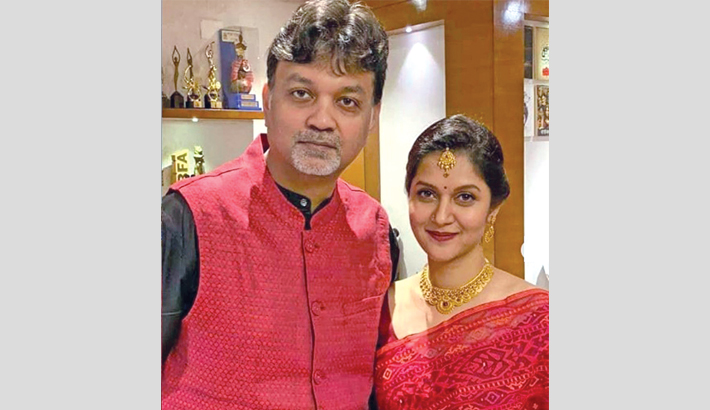 A small group of Bengali film personalities like Rudraneel Ghosh and Jisshu Sengupta, and poet Srijato were present at the function held at Srijit’s south Kolkata flat.

Mithila wore a red jamdani saree, while Srijit was dressed in a black kurta and a red Nehru jacket.

The couple had been courting for quite some time and the buzz about their impending marriage was being heard for months.

Mithila, currently the head of Early Childhood Development Programme at the BRAC International, had married Bangladeshi musician Tahsan Rahman Khan in 2006. The couple got divorced in 2017. They have a daughter.

On the other hand, Srijit’s 2015 film Chotushkone won him two national awards, one for direction and the other for best screenplay. He recently made the much-acclaimed Vinci Da, which features noted Bengali actors Rudranil Ghosh and Ritwick Chakroborty. The film was both a commercial success and garnered positive reviews from critics.