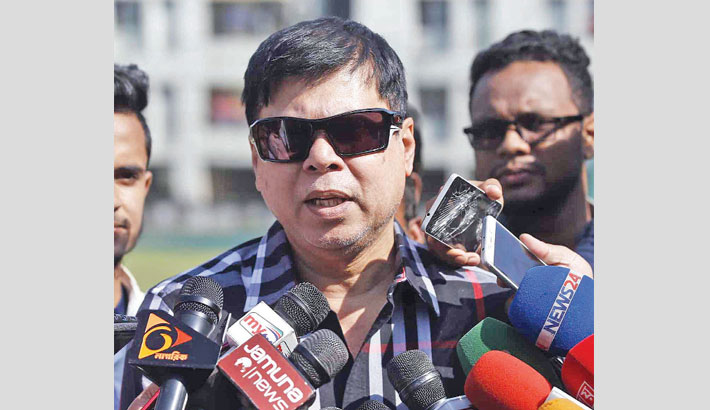 Bangladesh Cricket Board (BCB) chief selector Minhajul Abedin Nannu said on Saturday that upcoming Bangabandhu Bangladesh Premier League is important for them as they will be hoping to use the tournament as practice grounds to work on Tigers’ T20 shortcomings.

BCB, who will be hosting the tournament on their own, had often said that they are trying to make this upcoming edition of BPL a perfect platform for forming their T20 squad for upcoming ICC World Twenty20, slated to be held at Australia in 2020.

BCB is keen to find out some quality leg-spinners and fast bowlers with express pace in BBPL and therefore it is advised that all the participating teams include such players in their squads.

BCB intent was evidenced in the fact that they sacked two coaches during National Cricket League (NCL) two months ago for not fielding leg-spinner.

The decision was taken considering Bangladesh has a dearth of quality leg-spinner and pace bowler who can clock 140 kmph in speed-gun.

“All the players we have will be playing in BPL as this edition of BPL is very crucial for us,” Minhajul told reporters at BCB Academy Premises on Saturday. “T20 World Cup is knocking on the door. Also, we have a lot of T20 matches coming up. Our performance at those meets will be really important. We are working in these areas where we have any lacking,” he said.

“We along with team management (national) want to see good performances from the players in these aspects and we will see that in BPL. If we get some players from here (BPL), then it will be a bonus,” he said.

Minhajul said that local cricketers should learn from foreign cricketers in BBPL as they share the dressing room in the tournament.

“A lot of good overseas players are coming to play BBPL. Our local cricketers will have a great opportunity to gain experience by playing with them. In the shorter format, you have to be involved in the game in such a manner that every moment is a challenge. This is a huge opportunity for the players who cannot cope up with the T20 format. As T20 World Cup is coming up, we are working on our squad. This is a big opportunity for the youngsters too. If they play well, it is good for the team,” said Minhajul who added that the dew-factor should also be kept in mind by all the teams.

“We play a lot of matches in one ground and thus it is tough to have a home and away format. In that case, we obviously want sporting wickets. Different venues can have different wickets so that players can adapt themselves. The weather will be cold and there will be fog during the evening matches. However the wicket is, night matches will be a bit different because of dew. Especially, it will be tough for the bowlers. The matches at day and night will be different. It is important for our players to adapt themselves to these different conditions. The best performances will come if they apply themselves,” he concluded.