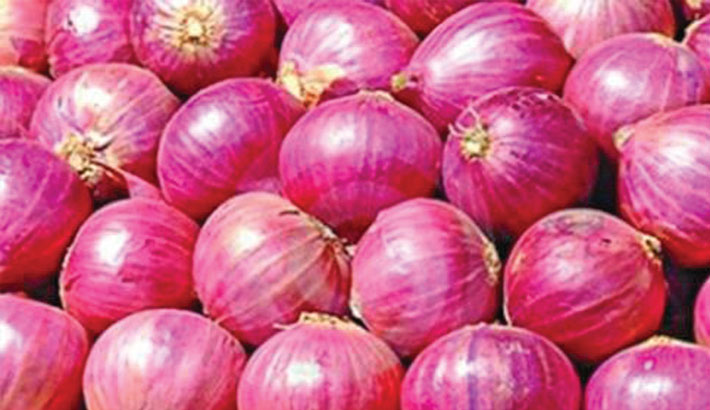 NEW DELHI: Showing no signs of cooling down, retail onion prices have continued to spiral, touching as high as Rs 165/kg on Friday even as the government grapples to boost the supplies through imports.

The government in Parliament informed that imported onions will arrive by January 20, report agencies.

In most cities, onion was quoting above Rs 100/kg in the retail markets, while at Nashik in Maharashtra—the key producing centre—the rates were ruling at Rs 75/kg on Friday, as per the data maintained by the Consumer Affairs Ministry.

Retail onion prices were ruling high at Rs 165/kg in Panaji (Goa), Rs 160/kg in Mayabunder (Andaman) and Rs 150/kg in Thiruvananthapuram, Kozhikode, Thrissure and Wayanad in Kerala on Friday.

Onion was sold at Rs 140/kg in Kolkata, Chennai and some places in Kerala and Tamil Nadu, Rs 130/kg in Bhubaneshwar and Cuttack (Odisha), Rs 120/kg in Gurgoan (Haryana) and Meerut (Uttar Pradesh), and Rs 100/kg in most cities tracked by the ministry.

“There is no doubt onion prices are rising. The main reason for rise in price was damage to the onion crop due to rains. Much of onion has been damaged in Maharasthra, the key growing state. However, the government has supplied buffer stock and asked MMTC to import onions and it should arrive by January 20,” Minister of State for Consumer Affairs Danve Raosaheb Dadarao said during Question Hour in the Rajya Sabha.

The government has approved import of up to 1.2 lakh tonnes of onions to check the ongoing price rise. State-owned MMTC has been directed to import up to 1 lakh tonne onions through global and country-specific import tenders, he said.