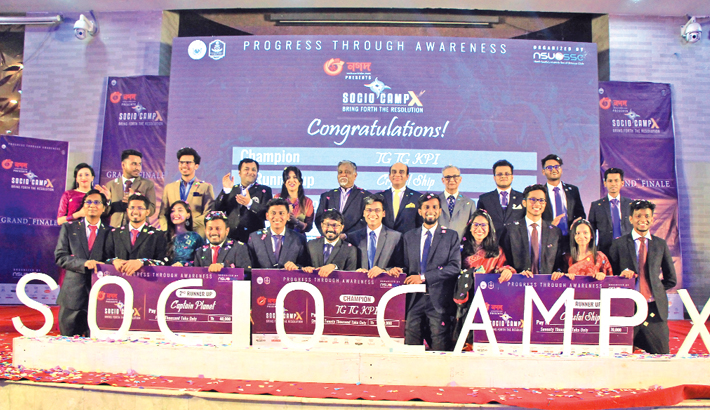 Winning teams of the Socio Camp X pose for a photo with the guests at the grand finale at North South University in the capital recently. —sun photo

Chairman of Board of Trustees of NSU Benajir Ahmed was present as the chief guest while VC and Pro-VC of the university were also present in the event.

A total of 588 teams from 40 different universities participated in the month-long event which eventually resulted in 6 qualifying teams who demonstrated their ingenuity by solving the last case of the event 'Financial Inclusion towards Socio-Economic development'.