Planetary Emergency Declaration: The Time to Act Is Now! 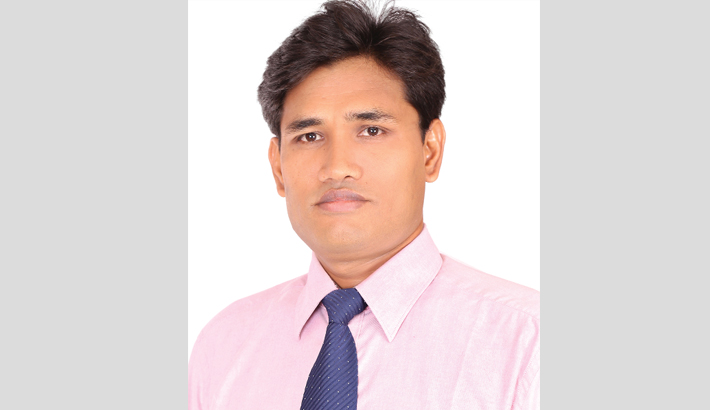 The world has been facing the “quintessential global challenge” - climate change as the Ex-UN Chief Ban Ki-moon remarks. While countries (namely, France, Canada, Portugal and Argentina), local administrations, and scientists have accordingly declared a “climate emergency,” the Bangladesh parliament has recently announced a “planetary emergency.” This declaration makes Bangladesh the first among developing countries to issue such an alert. The notion of a planetary emergency illustrates both ecological (climate change and biodiversity) and social crises. It provides a new compass for nations and injects the essential urgency into decision-making. 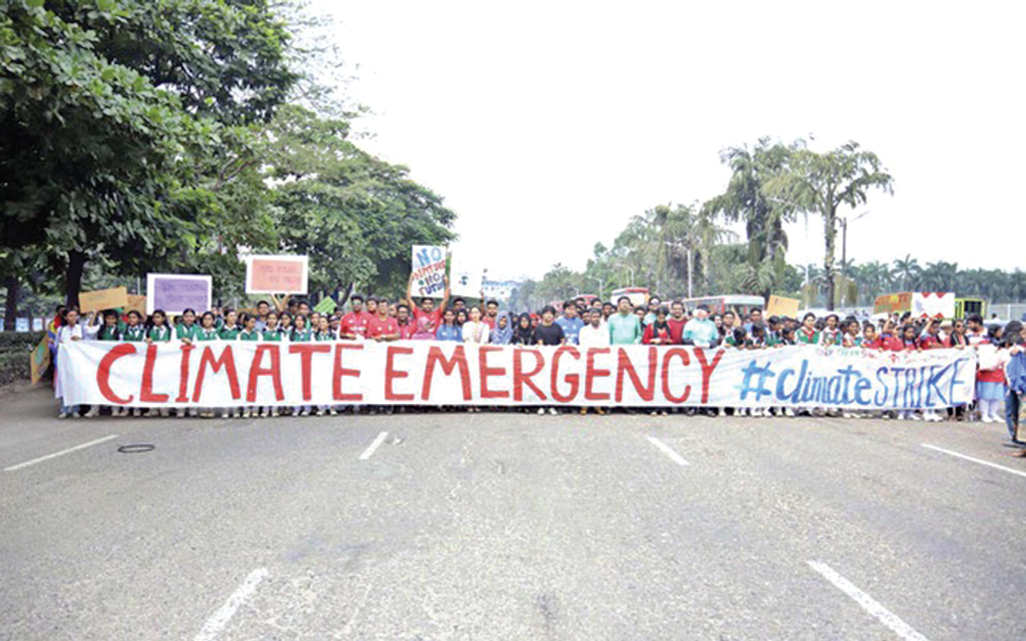 A planetary emergency is a dangerous event at a planetary (i.e., Earth) scale requiring immediate action to reduce climate risk of potentially catastrophic results due to steadily increasing the concentration of GHGs as well as temperature. The 2019 Emission Gap report shows the world is heading for a 3.2°C temperature rise by the end of the century. The latest IPCC reports make alarmingly clear assessments of observed and potential climate change impacts.

The current report of the Intergovernmental Science-Policy Platform on Biodiversity and Ecosystem Services (IPBES) discusses the cascading effects of the rapid deterioration of nature and biodiversity. Securing a new deal to act is crucial to minimise the impacts of planetary emergency.

The recent declaration of a “climate and environmental emergency” by the European Parliament involves three specific goals. These include (a) commission must ensure all proposals are aligned with 1.5 °C target, (b) EU should cut emissions by 55% by 2030 to become climate neutral by 2050, and (c) calls to reduce global emissions from shipping and aviation, whereas the main motivation for the Bangladesh Parliament’s proclamation of planetary emergency is to call for a quick action by the international community, including the United Nations, to tackle the effects of climate change. The motion calls on countries to step up their commitments under the Paris Agreement and highlights that developing countries require assistance to build up the resilience from climate-induced disasters.

At the time, the government sending a signal to the people that climate risks become “dangerous” and its grave consequences as a task of the highest priority. They take into account the impact on the climate and, whenever possible, prioritise businesses that mitigate climate change. The planetary emergency is to be understood symbolically and should not be a legal basis for the derivation of emergency measures.

Prime Minister Sheikh Hasina urged in COP25 it’s time to act now for fighting against the planetary climate emergency. IPCC reports state “limiting global warming to 1.5°C would require rapid, far-reaching and unprecedented changes in all aspects of society.” We would require not only a transformation of our “energy system” to meet our global emissions targets, but also a rethinking of the way we control the temperature of our homes, travel around our planet, and manufacture our goods.

Following the Paris Climate Agreement’s aim to strengthen the global response to the climate/planetary emergency “in the context of sustainable development and efforts to eradicate poverty,” it is critical conceive on a “systems approach,” to simultaneously address multiple objectives and promote policy instruments and technological solutions. The various goals span decarbonisation and environmental sustainability, economic prosperity, and social inclusion that leave no one behind. Specifically, transformative actions are needed in four areas—power, industry, transport, and buildings—towards zero-carbon development (that is, decarbonising development).

First, global electricity demand has grown by 3% a year since 2000, whereas Bangladesh’s energy demand has been increasing at an average pace of 10% over the last decade. Electricity will represent the fastest-growing energy vector, reaching a share of 24%, up from 19% in 2017. Both historical and expected trends highlight the importance of electricity in worldwide energy demand.

While many national and international policies are strongly oriented towards the electrification of energy systems, electrification must proceed with decarbonisation to fight climate change. Key technologies conducive to decarbonisation of power sector include renewable energy sources (hydro, wind, and solar power) and electricity storage solutions—both for short-term (daily) and long-term (weekly/seasonal) storage. Other flexible options are supply response (hydropower reservoirs and bioenergy), and demand-side management as well as carbon capture, utilisation, and storage.

Three action areas in these sectors include (a) reducing demand for carbon-intensive products and services, (b) improving energy efficiency in current production processes, (c) deploying decarbonisation technologies across all industries. Some material efficiency options can be critical for decarbonisation. This includes building design optimisation, concrete reuse, and materials substitution in cement industries, and optimisation of scrap recycling and product design for efficiency in the iron and steel industries. Petrochemical industries should invest in chemical and mechanical recycling, plastic demand behaviour change, use of renewable feedstocks, and product eco-design to better enable recycling.

Third, globally, about 15 percent of human-made carbon dioxide comes from cars, trucks, airplanes, ships, and other vehicles. Transportation contributes to 14 percent GHG emissions of the energy sector, which is the second-highest emitter in Bangladesh. The Bangladesh Climate Change Strategy and Action Plan identify improving transportation sector energy consumption as a priority since its share of emissions are growing faster than any other sector; although the agriculture industry is the leading emitter of GHGs primarily due to rice production, enteric fermentation, manure, and poultry litter management.

The action areas in this sector include a diverse mix of decarbonisation solutions, and energy vectors need to be sought by each transport segment: roadways, railways, aviation, and navigation. In the road segment, CO2 emissions are more straightforward to decrease due to electric vehicles and fuel-cell electric vehicles for the short-to-medium haul. Other areas are the modal shift from road to rail; reduce traffic congestion, including building expressways and public transport.

And, fourth, buildings represent an estimated 36% of global final energy consumption and 39% of the global energy-related GHGs emissions. The goal of total decarbonisation in the building sector includes the construction of new buildings and districts with zero or almost zero energy consumption from fossil fuels and the complete renovation of existing buildings with the same net-zero carbon standards.

In sum, developing a “National Roadmap” is critical to achieving the goal of reaching zero emissions by 2050. Systems transformation would be a timely act to do. In adopting a system approach, many complementarities (such as complementarities of public and private investments, and mitigation and adaptation) must be considered for managing the complexity of the energy system. Political will, as well as formulating and enacting policy frameworks are a sine qua non of supporting the national roadmap.

The writer is an Associate Professor in the Department of Agricultural Extension and Information System, Sher-e-Bangla Agricultural University, Dhaka.