How Scientific Discovery Recognised by Nobel Prizes in 2019 Benefit Humankind? 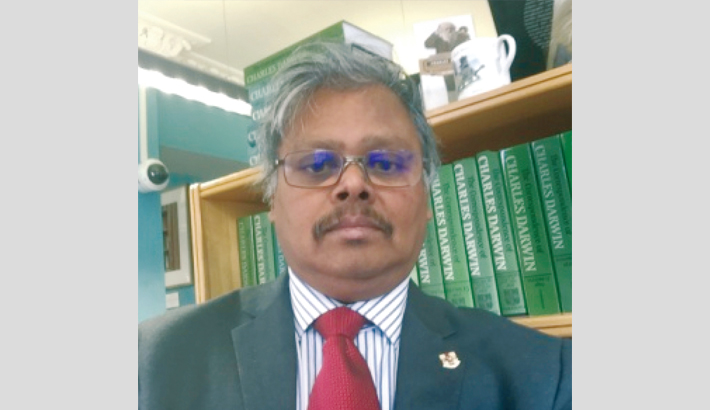 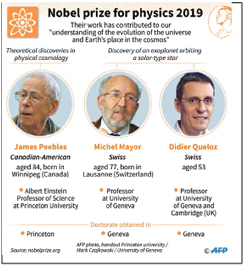 made the most important discovery within the domain of physiology or medicine; one part to the person who shall have produced in the field of literature the most outstanding work in an ideal direction; and one part to the person who shall have done the most or the best work for fraternity between nations, for the abolition or reduction of standing armies and for the holding and promotion of peace congresses.” Nobel’s wish to offer prizes ‘for the greatest benefit of mankind’ and award it globally is still followed by the Nobel Committees. This essay examines how scientific discovery recognised by the 2019 Nobel prizes benefit the humankind. The expression ‘humankind’ is used to recognise the gender neutrality of the award and its benefit.

This year Nobel Prize in Chemistry has been awarded to three scientists “for the development of lithium-ion batteries.” They are John B Goodenough of the University of Texas at Austin, M Stanley Whittingham of Binghamton University in New York and Akira Yoshino of Meijo University in Nagoya, Japan. It is interesting to note that Goodenough is the oldest Nobel laureate, who received the prize at the age of 97. Olof  Ramstrom, a member of the Nobel committee, mentioned that battery is a well-known technology for us, but “it’s really a hard job to make a good, new battery”.

Batteries have two main components-an anode and a cathode. Between the two electrodes there is a material known as an electrolyte. The Nobel winners found new materials for both the anode and the cathode in a lithium-based battery. Whittingham found that titanium disulphide served as a good cathode. Goodenough found a better cathode material known as cobalt oxide and Yoshino discovered an improved anode material called petroleum coke. Combining their discoveries, an improved lithium ion battery were developed which is powerful, lightweight, rechargeable and generally safe. Goodenough, Whittingham and Yoshino’s discovery include power laptops, mobile phones and electric cars. They are also being used to store the energy generated by renewable sources 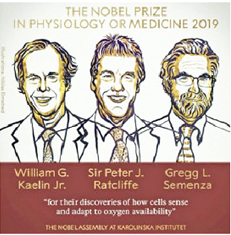 such as the sun and wind.

Peebles made major theoretical contributions that improved the understanding of the universe, including the cosmic microwave background, dark matter, dark energy and the Big Bang model. In October 1995, Michel Mayor and Didier Queloz announced the discovery of an Earth-like planet orbiting a solar-type star. This was a revelation that forever changed our view of the Earth’s place in the universe. Mayor and Didier found the planet by observing an anonymous star in the constellation Pegasus. They noticed a subtle change in the colour of the parent star, as it wobbled due to the gravitational pull of the orbiting planet. Since their discovery, thousands more exoplanets have been discovered by the astronomy community.

This year’s Nobel Prize in physiology or medicine has been awarded to three scientists “for their discoveries of how cells sense and adapt to oxygen availability.” They are William Kaelin from the Dana-Farber Cancer Institute in Boston, Peter Ratcliffe from the Francis Crick Institute in London, and Gregg Semenza from Johns Hopkins University in Baltimore. 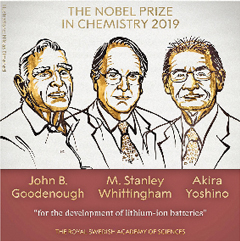 Oxygen is used by cells to convert food into useful energy, and the ability of cells to adapt and adjust gene expression in response to changes in levels of oxygen. Johnson, a member of the prize committee mentioned that “Just as a candle needs the right amount of oxygen to burn clearly, cells need to adjust their metabolic rates based on how much oxygen they have available,”. Johnson added that “this allows each cell and indeed our bodies to efficiently and safely burn fuel so as to create heat to do work and build new tissues.”

Studying a hormone known as Erythropoietin (EPO), Semenza discovered the protein complex that responses to low oxygen condition. Kaelin studied a genetic disease, known as Hippel-Lindau’s syndrome and found that a particular gene is involved in controlling the hypoxia in the cell. Ratcliffe showed how gene interacts at different oxygen level. Understanding how cells respond to oxygen has applications in a large number of diseases and health conditions, including anemia, cancer, stroke, and wound healing.

Above all, Lithium ion battery has revolutionised the electronic industry and it has become a necessity to make a fossil-free society. This year’s Nobel Prize in chemistry recognised such research activities. This year’s Laureates in physics have transformed our ideas about the cosmos. How the universe evolved after the Big Bang and understand our cosmic neighbourhoods, have changed forever our conceptions of the world. Many drug discoveries are based on understanding the oxygen sensing mechanism. This year physiology or medicine-related Nobel Prize recognised such research activities. So, Nobel Prizes in science 2019 have given the recognition of discoveries that are benefitting the humankind, which was in fact the wish of the Alfred Nobel.

The writer is a UK- based academic, environmentalist, columnist and author