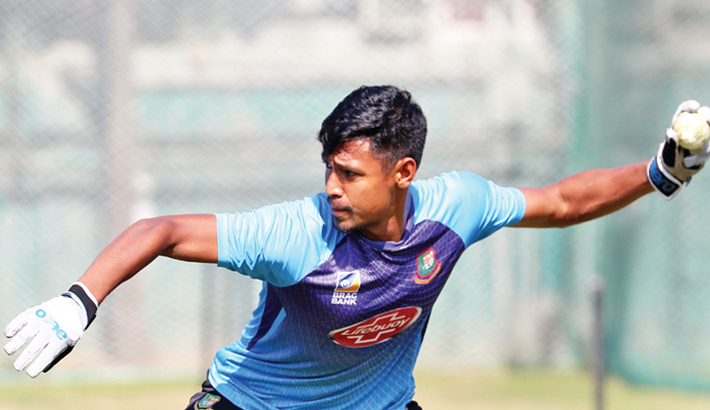 Bangladesh Cricket Board (BCB) officials said on Friday that they have allowed Mustafizur Rahman to put up his name in Indian Premier League (IPL) auction in order to regain his form as they are concerned with his prolonged lean patch.

Mustafizur’s performance in the recently-concluded three-match T20I series against India was another occasion when he fell short of expectations, looking like a shadow of the bowler who made his debut in 2015 and could win games for Bangladesh single-handedly.

Mustafizur ended the three-match series without any wicket, giving away 92 runs from 9.4 overs with an economy rate of 9.51 while team management decided not to pick him in the following two-match Test series.

While BCB is concerned with his fitness, according BCB Cricket Operations Committee Chairman Akram Khan, they are confident that if he can properly manage himself, he will be able to play with minimal chances of getting injured as he has been doing for quite some time.

Earlier, BCB in July 2018 announced that Mustafizur will be barred from taking part in franchise based cricket leagues as they felt that he was picking up injury in those tournaments and as a result could not fulfill his responsibility for Tigers.

However, BCB had removed the bar from the left-arm pace bowler as they feel that now he is more capable of managing his injury and more importantly eyeing to see him regain his form by playing in the cash rich tournament, if picked.

BCB Cricket Operations Committee Chairman Akram Khan insisted that the board change their stance as he is looking more settled in regards to his injury management.

“At that point, we did not allow him to participate in franchise-based cricket leagues largely due to his injuries. Now, he is looking more settled and he is playing for quite some time (without picking up any serious injury),” said Akram.

“He played in the National Cricket League (first-class competition) and took part in the tour to India. If he can manage himself properly than there is very little chance of him picking up another injury,” he said adding that more than anything else they want him to get back to his rhythm by playing in the cash rich tournament.

“To be honest we are concerned with his form because he is a very important bowler for us. If he gets a chance to play in IPL and can regain his form by playing there then it would be extremely helpful for us,” he said.

As many as 971 players have thrown their hats in the ring for the upcoming IPL auction, to be held on December 19 in Kolkata. 713 Indian and 258 overseas players will jostle to make the final shortlist for just the 73 vacant spots across the eight teams.

This big list of players will get pruned before it goes under the hammer at the auction. The franchises now need to submit their shortlist from the pool of registered players before the 05:30pm (BST) deadline on December 9.