I’ve come out of all kinds of tags, don’t want them anymore: Akshay 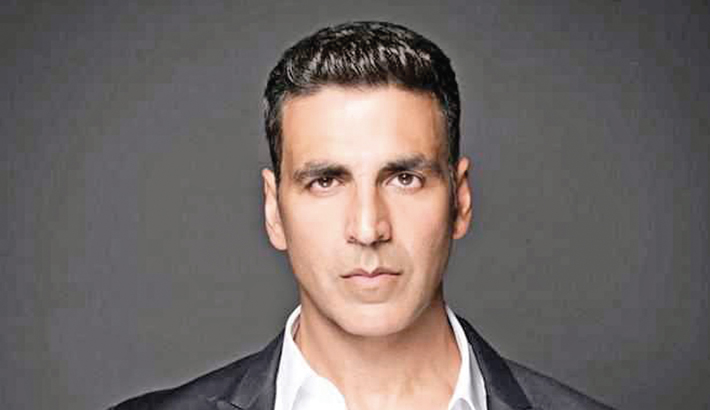 In his career of more than 25 years, Akshay Kumar has been called an action star, comic actor and a patriotic hero but the superstar believes he has slowly come out of all kinds of tags and would never want to be associated with one ever again, reports PTI.

In the 90s, the actor was called ‘Khiladi Kumar’ for featuring in action films, before he changed gears to comedy in the 2000s. Akshay then shifted to romantic-drama and currently he is known for starring in social dramas with patriotic undertones.  When asked which genre does he find himself most comfortable in, Akshay, in a group interview, said: “If I say I feel comfortable in one genre, you will put a tag on me. I don’t want any kind of tag. I’ve come out of that game of tags when I used to do only action, I was bored. I never wanted the tag of an action hero.

“Even now I don’t want any tags. I’m very comfortable playing all kinds of genres. If anything new comes in, if it’s risky and fun, then I’d just go for it.”

The actor will be next seen in ‘Good Newwz’. The Raj Mehta-directed comedy also features Kareena Kapoor Khan, Kiara Advani and Diljit Dosanjh.

Akshay feels fortunate to have done two different branches of comedy within the same year—‘Housefull 4’ and ‘Good Newwz’.

“I am happy that I get to visit different branches of comedy.’Housefull’ was a slapstick comedy, no matter what people say, that it’s senseless, but there is an audience for that also. Slapstick comedy is the most difficult kind of comedy.  “To make people laugh at your own expense is one the hardest kind of comedies. Unfortunately, people here don’t give credit to this kind of comedy, even in awards night.” Backed by Karan Johar, ‘Good Newwz’ follows two couples with the same surnames whose decision to opt for in-vitro fertilisation goes awry.

“This is a serious subject but with comedy. We have taken a lot of care in presenting it. At the same time, no one can say this hasn’t happened because it has. It’s an important subject to talk about,” he added.  ‘Good Newwz’ is scheduled to be released on December 27.