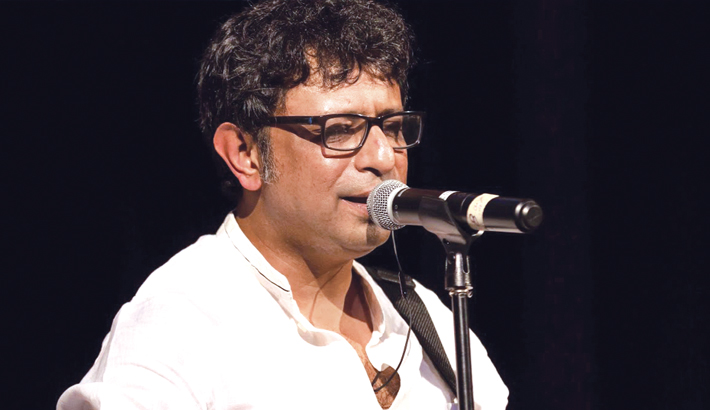 Famous singer from West Bengal, Rupankar Bagchi has joined Fakhrul Arefin Khan’s second movie ‘Gondi’. He gave his voice to a song of this movie titled ‘Bohudin Batase OreniChul’. Renowned music personality Debojyoti Mishra wrote and composed the song. This song released on Friday on the official Facebook page of Gondi movie and also in Gorai film’s Youtube Channel together.

After the huge success of ‘Bhuban Majhi’ director, FakrulArefin khan has started the work of Gondi movie. The movie is now under editing. Another song of the movie titled ‘Gondi Chariye Bondhu Dujone’ has already been released.

About the song’s lyrics and melody Debojyoti Mishra said, “One-day Arefin told me about the story of this movie. That day the songs came to my mind. When I told him about the song he instantly agrees to use it in this movie. I hope people will like this song.”

FakrulArefin Khan said, “Rupankar Bagchi is one of my favourite singers. He is so popular among the whole Bangla music industry. A song in Gondi movie will be on his voice. It is a great pleasure for us. I am expecting this song will become so popular among the Bengali peoples.”

The story of the movie ‘Gondi’ of the romantic-comedy genre will proceed with the story of one man and one woman aged 55 and 65 years. How their friendship between a man and a woman went through in their retirement age, how the family and the people around them take up the issue, will come up in the movie.

Sabbosachi Chakrabarty, who is considered to be one of the most prolific actors of West Bengal, and is best known for portraying iconic Bengali detective characters, Feluda and Kakababu and famous Bangladeshi actress Suborna Mustafa are acting in the lead role in this movie. Besides, there will be Shubashish Bhowmick, Maznun Mizan, Aparna Ghosh, Amaan Reza, Payel Mukherjee of West Bengal and many others in the movie. The movie was shot in different places of Dhaka, Cox’s Bazar and London.