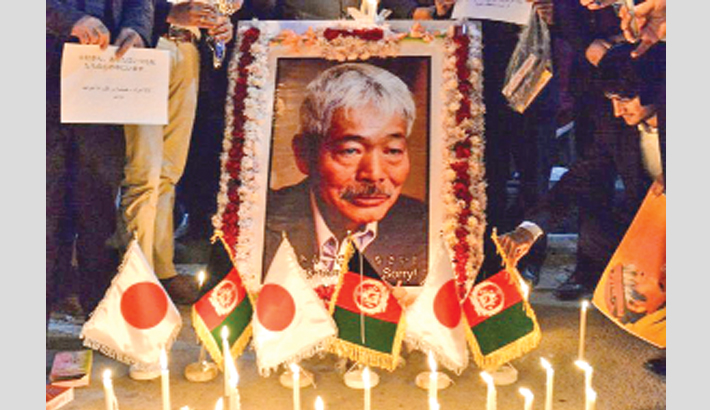 KABUL: Distressed Afghans held vigils Thursday to mourn a beloved Japanese doctor who transformed barren swaths of eastern Afghanistan and spent decades caring for the sick, and to demand justice for his murder, reports AFP.

Tetsu Nakamura, 73, was shot to death Wednesday in Jalalabad, the main city in the eastern province of Nangarhar where he had worked since the 1980s.

He was killed along with five Afghan guards and colleagues in an attack no-one has yet claimed, and which the Taliban condemned. Even in a country inured to brutal violence and daily bloodshed, Nakamura’s killing came as a horrifying shock to many Afghans.

In Kabul, more than 100 people from across Afghan society held a candlelit vigil for Nakamura, holding signs calling him a “true hero”.

“Dr Nakamura was an icon of humanity,” said Hekmat, who only uses one name, an activist at the vigil.

“He was here for the kids and for many years to serve the Afghan people and provide them a sustainable livelihood.”