‘We are not underdogs’ 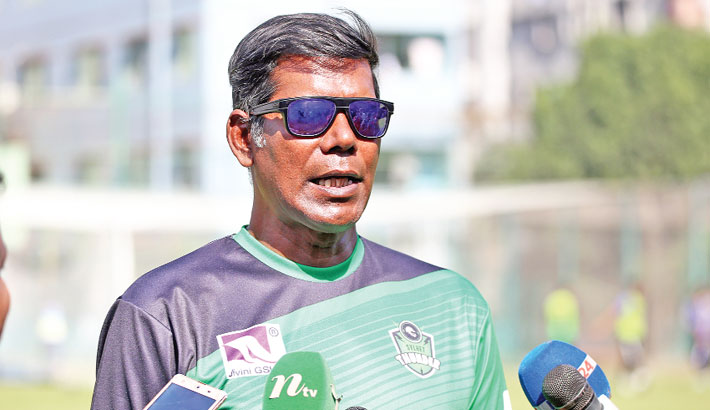 Sylhet Thunders Technical Committee Chairman Sarowar Imran said on Thursday that though they don’t have big names in their squad but they have the ability to give all the teams a run for their money.

“We did not want to keep a low profile. We got seven on first lottery. There we had two-three choices. We picked two from there. The local players that we have, I don’t think they are low profile cricketers. We are planning to form the best squad possible. If we think of the squad as a whole, we wanted local players to be 70-75 percent of the squad. As everything depended on the lottery, we called as it came on the lottery,” Imran told reporters adding that their only worry is that some of their cricketers won’t be available due to the T-10 league.

“Among the foreign players, I would say Ratherford, Charles are all very good players.  They might not arrive on time because of T-10 league. It actually created some problems for us. Even Cotrell will also not be present in the fast few matches.  West Indies have matches (against India). Mohammad Sami is coming as Cotrell’s replacement. So we are trying to bring in new players into the team. I hope our team can give a good fight,” he said.

“Our team are looking moderately strong. We certainly are not underdogs. This time, many teams do not look so good on paper except Dhaka. But cricket has to played on field and that’s where everything will be decided. Who will perform well in the field, will win,” he said.

“Cotrell will become available at the end. Mohammad Sami will come initially. We will figure out our strategy on the go,” he said.

Former South Africa batsman Herschelle Gibbs has been appointed the head coach of Sylhet Thunders for the upcoming BBPL.

Sylhet Thunder have bought a massive change in their team management as the team director announced on Friday that Herschelle Gibbs has been appointed as the head coach. Sylhet Thunder introduced Sarowar Imran as their head coach during the player’s draft.

Later Sylhet Thunders decided to make Sarowar as their mentor and advisor while giving the head coach role to the former South African opener.

Imran said that they are confident about their local cricketers and added that it is too early to say who will do well in BPL as a lot will depend on the weather.