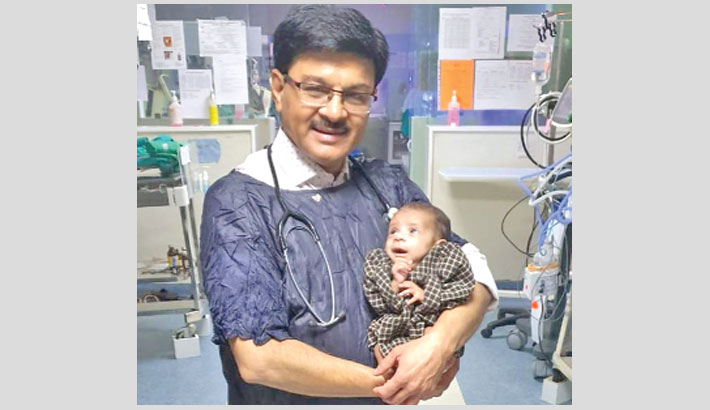 A premature newborn baby found buried alive in a clay pot in northern India has fully recovered, her doctor says. She was brought to hospital in a critical condition, suffering from septicaemia and a dangerously low platelet count in mid-October.

She has now gained weight and breathing and platelet counts are normal, her paediatrician Ravi Khanna told the BBC.

Her parents have not been traced and she will be put up for adoption after a mandatory wait period. For now, she is now in the custody of child welfare authorities in Bareilly district, in the northern state of Uttar Pradesh.

She was found accidentally by a villager who was burying his own daughter, who was stillborn. Hindus generally cremate their dead, but babies and young children are often buried.

The villager said he had dug about 90cm (3ft) below the surface when his shovel hit the earthen pot which broke and he heard a baby crying. When he pulled out the pot, he found a baby in it.

She was first taken to the local government hospital but, two days later, she was moved to Dr Khanna’s paediatric hospital which has better facilities.

Doctors said she was a premature baby, possibly born at 30 weeks, and weighed a mere 1.1kg (2.4lb) when she was brought in. She appeared visibly shrivelled, was hypothermic and had hypoglycaemia (low blood sugar).