Chinese co taps potential of auto industry in US Michigan 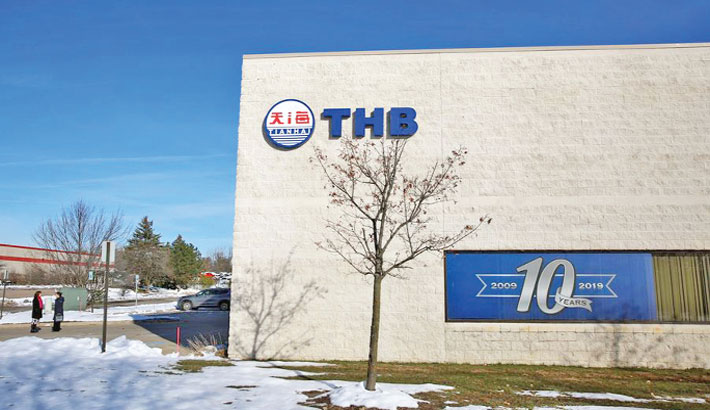 DETROIT: A Chinese automobile parts company, which has prospered in U.S. midwest state of Michigan for a decade, is furthering its efforts to tap the potential of the local auto industry.

"What we [can] do right now is to prepare for the day when the displeasure is over. I believe it will be," said Bill Zhuang, president and CEO of Tianhai Electric North America, adding that U.S.-China relations are going through a difficult time, reports Xinhua.

Based in Detroit with an annual revenue of nearly 200 million U.S. dollars, the company operates as the overseas branch of THB Group, China's top supplier of wiring harness and electronic connection system for automobile production.

Zhuang said the world's automotive production has spanned more than a century to transit into the current era that features heavy reliance on the global supply chain. And Michigan, one of the industry's world hubs and home to more than three-quarters of all automotive research and development in North America, is no exception.

He said his company has striven to remain cohesive in the global supply chain, devoted to maintaining close ties with the three major U.S. automobile manufacturers: General Motors, Ford and Chrysler, whose headquarters are all located in the Detroit metropolitan area.

"We have also been taking advantage of this special period to improve the unity of our team and tap deeper into the potential of the local auto industry," Zhuang explained.

His company, with 1,200 employees in a headquarters in Detroit and two factories in Mexico, is churning out one third of the total revenue of the parent company based in central China's Henan Province, said Zhuang, who has benefitted from a combination of education in mathematics, computer information science and business management.

Having been in charge of the company for over a year, Zhuang has made it a priority to keep the company committed to fusing the high technology of the West Coast with the manufacturing power of the East Coast, and technology advancement is part of it.

"Look, the full wire length in a car used to be 3 km long. We've seen some auto makers shorten it to 1.5 km. What a transformative designing power it is! There is still new potential. Several hundreds of meters in full length are not a dream. This will reduce overall costs for car makers," he said, adding that "we need to be involved in projects like this."