Of Illegal Hoarding And Its Penalty 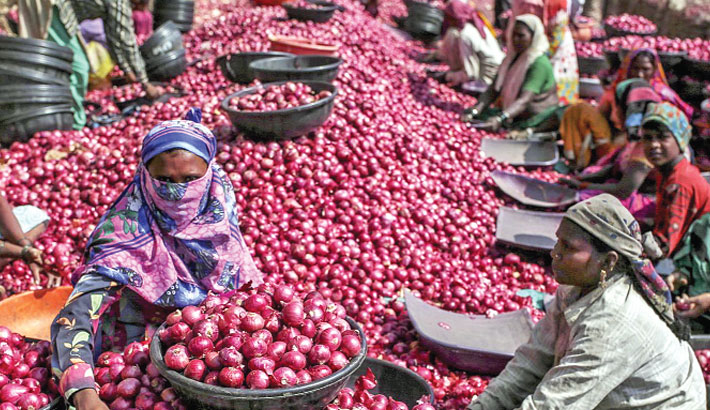 The idea of hoarding something (agricultural produces or food items to be particular) is nothing new rather such practice dates back to the primitive age. In the primitive age, hunters or gatherers used to hoard produces or food items during the season when food resources were found in plenty with a view to not only meeting up the immediate nutritional necessities of the community but also storing as much as possible for the next season of scarcity. This was a common technique applied by them in order to survive against all the adversities. However time has changed along with changing patterns of civilization and with that the techniques once used for the betterment of the society or community have also undergone some changes, some of which have gone against the interests of people as well. Such a method which is now widely practiced in our country is hoarding of agricultural produces or food items and this has turned into a prime task for so many unscrupulous businessmen out there defying the existing laws formulated to stop such illegal practice.

Food-related issues have always been a key concern for Bangladesh. In 2011, a baseline study by Bangladesh National Human Rights Commission (BNHRC) was conducted, where people were asked to identify major problems faced by Bangladesh. 80% of the respondents identified the trend of price hike of essentials (including food) as the biggest problem. And the main reason behind this problem is illegal hoarding of goods (the act of collecting large amounts of something and storing it in a secret place with an aim to create an artificial crisis).

Well, there is no denying that the primary goal of a business is to make profits. And it’s legal. But if someone stores goods, commodities or food items in the warehouses resulting in a shortage in the local markets and hike in the prices, it turns out to be an immoral as well as illegal activity. This is what we have experienced in the onion market very recently which has further destabilized other sectors and escalated the price of other essentials.

Although Bangladesh does not directly protect the right to food in a specific law, there are sub-sections which indirectly protect the various aspects of the right to food. For example, there are some legal provisions against illegal hoarding. Section 2(e) of ‘The Special Powers Act, 1974’ states - “hoarding means stocking or storing anything in excess of the maximum quantity of that thing allowed to be held in stock or storage at any one time by any person by or under any law.” Section 25(1) of the same act says - “whoever is found guilty of the offence of hoarding or dealing in the black-market shall be punishable with death, or with imprisonment for life, or with rigorous imprisonment for a term which may extend to 14 years, and shall also be liable to fine.”

‘The Control of Essential Commodities Act, 1956’ further strengthens the government’s power to intervene in the food market with the intention of regulating the supply, distribution and reserve of essential commodities. According to section 3 of Essential Articles (Price Control and Anti-Hoarding) Act, “The Government may, by notification, require any trader to mark, on any essential article, the maximum prices fixed under sub-section (1), in such manner as may be prescribed and the traders concerned shall mark such article accordingly.” Moreover section 8 of ‘Essential Articles (Price Control and Anti- Hoarding) Act, 1953’ explains, “No trader shall, unless previously authorized to do so by the Government, withhold from sale or refuse to sell to any person, any essential article in quantities not contrary to the normal practices of his business.” Section 13 of the act also states that if any person contravenes any of the provisions of this Act, he shall be deemed to have committed an offence under section 3 of the Hoarding and Black Market Act 1948, and will be punished with 3 years imprisonment, or 1000 taka fine, or with both.

Despite all these provisions cross-sections of people are suffering owing to irregularities in the markets. It clearly points to the fact that the government has failed utterly to ensure the right of mass people to food and implement the corresponding laws properly to do so whereas the state has an obligation to protect an individual’s access to food against destruction by a third party. Even if we look at our constitution, the right to food is enshrined as a fundamental principle of state policy in Article 15(a). It clearly states, “It shall be a fundamental responsibility of the State to attain, through planned economic growth, a constant increase of productive forces and a steady improvement in the material and cultural standard of living of the people, with a view to securing to its citizens the provision of the basic necessities of life, including food, clothing, shelter, education and medical care.” Because of such apathetic failure on the part of the government and concerned state organs, sufferings of people from all walks of life have mounted and there is no sign of abating visible to the naked eyes.

(The writer is a student of the Department of Law at Jagannath University.)