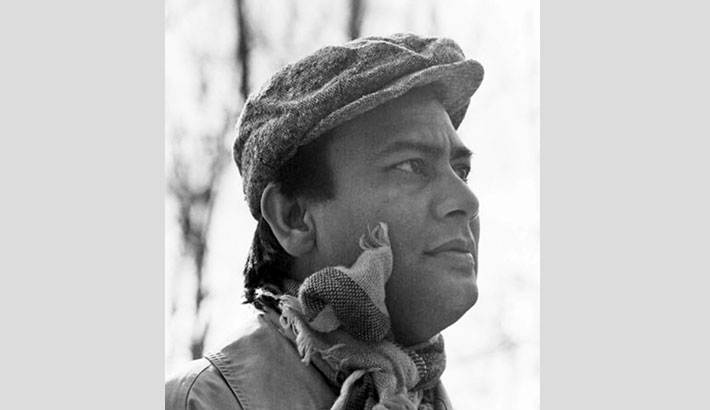 “In my films, the identity issue has come up regularly. Perhaps it is because my days in New York gave me a much better understanding of my own identity. In case of any discussion about searching the identity in our films we have to look at how the religious and secular archetypes have been portrayed. My mother is fasting. My father is performing ablution (ozu) and saying prayers. My uncle is joining Bengali nationalist movement. I am enjoying Baul songs. In our country there is a pluralistic culture and a conflict within the cultures regarding religiosity and ethnicity. But this fact is carefully left out in our films. You will see a sahebi world there where no one is dealing with internal conflict of our identity. Whether I practice or not, culturally I am a Muslim. Simultaneously I am a Bengali as it is my language and ethnicity. I cannot deny any of these truths. Both of these are my identities and there is no contradiction between them. But unfortunately the independent films of Bangladesh are widening the gap of the conflicting secular and Islamist identity. Filmmakers have become a part of the polarisation. They are reaffirming the secular and middle class discourse. They are catering to their class position and re-establishing nationalist narratives. They are not questioning their catered audience. Most of our film directors just re-perpetuate the dominant ideology. But the responsibility of an artist is to raise questions and the role of art is to create discomfort among people and the society.” This was how Tareque Masud, in an interview, put his opinion on identity and observation regarding the portrayal of nationalism in our films. Certainly his works speak to the world through universal themes of tolerance, compassion, and justice, but he was the director who consciously analysed the psyche of the people of this country. Tareque Masud was born on December 6, 1956, in Bhanga’s Nurpur village under Faridpur district. On the occasion of his 63rd birth anniversary, ‘morning tea’ pays tribute to him by focusing on how this exceptional filmmaker observed our way of looking at nationalism and finding out the identity, and how all these came into being in his films. 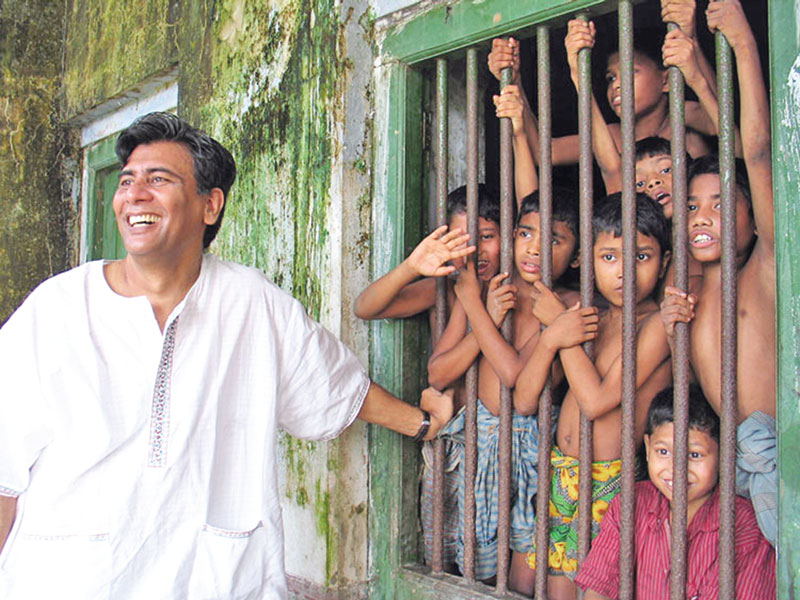 While spending three decades in film making Tareque Masud never thought about quantity, rather he always preferred quality movies. Among his major works three documentary films – ‘Adam Surat’ (1989), ‘Muktir Gaan’ (1995), and ‘Muktir Kotha’ (1999), three feature films – ‘Matir Moina’ (2002), ‘Ontarjatra’ (2006), and ‘Runway’ (2010), and a short film named ‘Noroshundor’ (2009) are the most notable ones where he deals with nationalism and identity issue. Masud was a self-educated film director. He was involved in film society movement from his university days, but he didn’t receive formal education on film making. He learned film making on trial and error basis. He first came to the limelight through ‘Adam Surat’, a documentary film on the life and art of legendary artist Sheikh Mohammad Sultan in 1989.

During his stay in New York, Masud contacted Lear Levin, an American film maker who during our Liberation War in 1971 had traveled to different refugee camps and free zones with a cultural troupe of refugee artistes named ‘Bangladesh Mukti Shangrami Shilpi Shangstha’ and documented their performances before the freedom fighters and refugees. With his consent Tareque Masud used his original footage along with other archival footage collected and bought from various sources and created some new footage to craft ‘Muktir Gaan’. 25 years after the Liberation War this narrative documentary showed how cultural struggle was an essential part of our War of Freedom. It was a complete reconstruction. Levin’s 20-hour-footage was a flat documentation of cultural performances but Masud developed a narrative out of that. Keeping Tarik Ali, one of the members of that cultural group, as the narrator he described the situation of mass Bengalis from a middle-class Bengali nationalistic perspective. He knew that the ordinary villagers have little scope to watch this movie. Thus following the release of the film he took it to different corners of the country and screened it before them.

During his interaction with them Tareque Masud realised that ‘Muktir Gaan’ has a linear storyline and the ordinary people have many incidents to share about the Liberation War. Then he began capturing the tales of their experiences and made another documentary ‘Muktir Kotha’. ‘Muktir Gaan’ is based on the struggle of refugee artistes and refugees while ‘Muktir Kotha’ is all about the struggle of the people who couldn’t flee the country. Books of history and Liberation War based movies are full of heroics of front row freedom fighters. Obviously they deserve appreciation and there is no problem in that. But unfortunately the stories of common people who played a significant role in the war living inside the country remain unheard. They led a more insecure life, and assisted the freedom fighters in every possible way. ‘Muktir Kotha’ shed light on their immense bravery and sacrifice. And it is the documentary where they express their dissatisfaction over their achievements in independent Bangladesh. We never find the space of ethnic minorities as their contributions are completely ignored in the dominant history of our Liberation War. ‘Muktir Kotha’ is the first film where we visually find the brave tale of Mandi community (Garo) in the Liberation War.

Then Tareque Masud came up with his first feature film ‘Matir Moina’, inspired by the experiences of his own life, where he projected 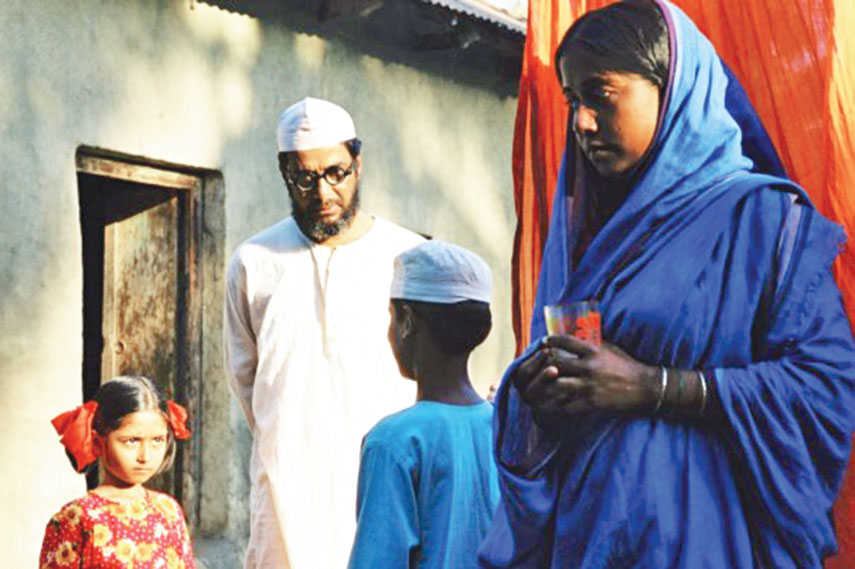 the complex social equation and political unrest in the then East Pakistan in the late 1960s leading up to Bangladesh’s War of Independence. Before ‘Matir Moina’, most of our Liberation War based films dealt with the common stories of Pakistan Army’s crackdown, their brutalities, collaborators’ heinous activities, rape of women and battle between the freedom fighters and Pakistan Army. Directors of those movies just imitated the dominant nationalist narratives and hardly attempted to see the Liberation War from a different perspective. ‘Matir Moina’ brings different shades of Islam including religious Islam and political Islam and the impression of their ardent followers regarding the Liberation War before the viewers. On the other hand, it also depicts Bengali nationalistic narrative of this struggle. Besides, the movie highlights the liberal Sufism through our unique cultural practice. All these together portray a complex social overview of the time when we were about to emerge as an independent nation. Masud has correctly illustrated the psyche of the ignored section of our society and found that the religious fundamentalism cannot make a stronghold here due to the strength of our rich folk culture.

Keeping the narrow sense of nationalism aside, Tareque Masud examined nationalism from a universal perspective in his next venture ‘Ontarjatra’. It depicts a world in fragments. More than ten million Bangladeshis live in different countries. This movie deals with their crisis. It shows how expatriates connect with their root and search their identity. Using displacement as the central theme Masud portrays a journey into the heart of its protagonist Shireen’s forlorn past. It also illustrates how her young son Sohel gradually discovers his root and at the end feels that he will return there someday. With many symbolic scenes Masud describes an idea where home becomes one’s sense of belonging, a long and ardent journey into one’s soul. But the most significant scene of the movie appears when Sohel’s grandfather tells him that home of a man lies in his heart and mind, and in the imagination. ‘Ontarjatra’ is more of a psychological journey.

In the backdrop of ‘Matir Moina’, Tareque Masud has projected a conflict between Bengali nationalism and religion-based nationalism. In the later years this conflict gradually increased and political Islam gathered strength. He shows the deadly consequence of it in his last feature film ‘Runway.’ Inspired by the true events of 2005-2006, when a rise in the violent activities of extremist groups brought the country to the brink of chaos, the movie follows the story of an idealistic youth’s drift into militancy. The film also looks at the wider complexity of religious extremism, impacted by local and international politics and economic realities. Apart from the main theme, it also covers many national issues such as NGO’s interest business, faulty labour migration system, oppression on readymade garment workers, poverty, discrimination and unemployment. Instead of only blaming the youths who get involved in terrorist activities Masud brings out the reasons which insist them on landing on the wrong runway. This time befitting socio-political drama reveals that there are numerous elements in Bangladesh which should be addressed properly to curb the curse of extremism.

Tareque Masud boldly presents the issue of identity and nationalism in his short film ‘Noroshundor.’ In this political thriller a freedom fighter comes to his home to meet his parents. When Pakistan Army and razakars (collaborators) attack his house and murder his father, he flees away and takes shelter in a Bihari barber shop. Performance of the actors, cinematography and music create an intense suspense that the Urdu-speaking barbers will hand the freedom fighter over to Pakistan Army. But when army came to search the barber shop, the barbers tell them that there is no Bengali inside their shop. Although a film of only 15 minutes, its effect transcends beyond and makes a permanent mark on the thoughts, emotions and the overall feeling that the audience takes away from the film. ‘Noroshundor’ brings a counter narrative against the common perception regarding the role of non-Bengali Biharis in our Liberation War. Masud suggests discarding the thoughts of overall sentiment of taking revenge from our nationalist discourse.

Tareque Masud took enough time to conduct detailed research on his subject matter and considered the whole context to see things from numerous angles. He had a different way of looking at things. And he had the courage and depth to challenge the dominant and established narratives of identity and nationalism, which clearly distinguishes him from all other filmmakers of our cine history. Tareque Masud’s films actually carry a fresh perspective through which the people of this country can delve deeper into their journey and development in a complete way.