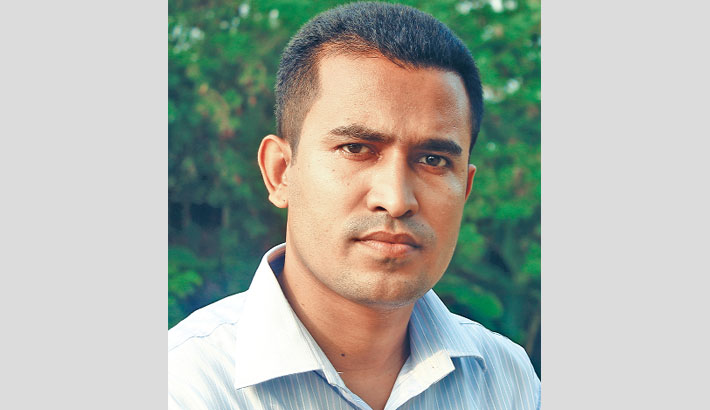 Road safety is increasingly being recognized as a priority national agenda. In recent years, the demand and proper action to ensure road safety has been risen an influential issue of the country. The death in the roads is a common phenomenon to the citizen. According to Shipping and Communication Reporters Forum (SCRF), a platform of journalists, prepared the report stated that at least 2,329 people were killed and 4,361 others injured in 2,159 road accidents across Bangladesh in the January to June of 2019. Another report on road accidents in Bangladesh also depicted that At least 7,221 people were killed and 15,446 people were injured in 5,514 road accidents across the country in 2018. In 2017, 4,979 road crashes left 7,397 dead and 16,193 injured. It is well reported that on an average 14 to 20 people die every day in road accidents in Bangladesh.

The present government has been showing great interest enacting the long awaited Road Transport Act through a series of meeting with stakeholders and considered multiple issues for easing the safety in the road. Following the countrywide student outrage protesting road anarchy, the Road Transport Act (hereinafter referred as RTA) 2018 was passed in parliament in mid-September last year. The RTA was effective on October 1, 2019 after almost one year.

In the Road Transport Act covers almost all reasons of accident under different legal shadows and punishments. In this Act, the most desired provision is on the road accidents, death and severe injury of accidents cover in Section 105 of the Act which provides a holistic provision about accidents. Section 105 of the Act states that “no matter what this act contains, if anybody gets seriously injured or killed in a motor vehicle-related accident, it would be considered an offence under the relevant sections of the Penal Code-1860. However, no matter what section 304(B) of the Penal Code contains, if anybody causes accident by reckless and negligent driving, and kills or injures someone severely, such person would face a maximum sentence of five years in jail or fine or both.”

It is suffice that the Code of Criminal Procedure (CrPC) 1898 will be applicable to this Act. There are some other sections which are also relevant to road accidents. Section 95 postulates as per section 62 that if any accident is occurred, the driver, conductor and the representative of the owner of vehicle shall inform the local police station, hospital and fire service to rescue the victims. The violation of this provision is offence and the concern offender will face the trial. Moreover one point of the driver will be deducted.

Section 99 of the Act covers the abetment, conspiracy and instigation, and it will be regarded as offence, those will be treated as like the principal accused does. Section 100 is also a core one which states that if anyone commits the offence for more than one time, he will get double punishment for such offence. Section 106 deals with the provision for company and the company and its owner, directors, officers, managers and secretary will have the liability and will face the legal action according to this Act. Basically sections 95, 99 and 106 extend the legal capacity to be taken action against the owner of vehicle which is very important to comply this law.

In the language of section 105 of the RTA, there is chance to file the case and trial under sections 302, 304, 326 of the Penal Code if the investigation finds the offence was planned and intentional murder, accident and severe injury in the guise of accident. The section mandates that for accident case the relevant sections of Penal Code and CrPC will be applicable in case of investigation and trial. In Bangladesh, now there are some cases which are pending and tried in various courts as the case of murder after the students’ protest for road safety laws. It’s a great development in the legal field of road accident cases.

On December 1, 2019 the Metropolitan Sessions Court of Dhaka delivered historical ever first judgment on accidental murder case in Bangladesh and confirmed three accused life imprisonment under section 304 of the Penal Code which is the highest punishment under this section. The case was on the matter of, on July 29, 2018, two students of Shaheed Ramiz Uddin Cantonment College named Abdul Karim Rajib, age 18, and Dia Khanam Mim, age 17 were run over and killed while nine others were injured during a mad race between two buses of Jabal-e-Noor Paribahan. The court observed that students, youths even elderly people cannot get rid of being crushed under the wheels of bus due to apathy and carelessness of the drivers and helpers. The court also observed that such competition of the drivers to earn money should be stopped now. This judgment is acclaimed and well accepted to all quarters of stakeholders. It is expected that the demand of road safety will be accelerated through this remarkable verdict of the court.

Thirty-three years ago, the maximum punishment for causing death by reckless and negligent driving was a jail of up to seven years and non-bailable offence under section 304B of the Penal Code. But in the face of truckers' protests in 1985, the then Ershad government reduced the term of imprisonment to three years as well as made it bailable offence by amending the Penal Code.

Anguished over growing incidents of reckless driving, road safety campaigners have long been demanding that the government increase the punishment to at least 10 years for causing death to a person by rash driving. Following a writ petition that challenged the 1985 amendment, the High Court in a 2014 verdict declared void the amendment that reduced the jail term. "Reducing the penalty of such a crime of causing death by reckless driving resulting in death to others is disproportionate and unreasonable to the offence,” the honourable High Court observed.

Apart from section 304B of the Penal Code, there are some sections which deal with the road accidents too. Section 279 provides punishment for rash driving or riding on a public way in a manner so rash or negligent as to endanger human life, or to be likely to cause hurt or injury to any other person and the punishment is up to three years, or with fine or with both.

Section 338A of the Penal Code postulates provision for causing grievous hurt by rush driving or riding on a public way so rashly or negligently as to endanger human life or the personal safety of others and the punishment is imprisonment of either description for a term which may extend to two years, or with fine, or with both. Under the Road Transport Act 2018, the sections 279, 338A and 304B of the Penal Code will be applied for road accident which will be read with section 105 of RTA.

In accident cases, the police do not conduct investigation efficiently. In most of the cases, the case is filed in delay. The witnesses are not actively aware of the offence and most of the time they do not know anything about the accident. Moreover, some witnesses are not interested to depose their evidence in the court. In maximum cases, the accused has repeatedly tried to solve the matter giving Tk 20,000 to 30,000 as compensation to the victim’s family so that they do not file any case. It is almost established that accident is not offence at all. The new Act can rule out the thinking and renovates the road safety in the country.