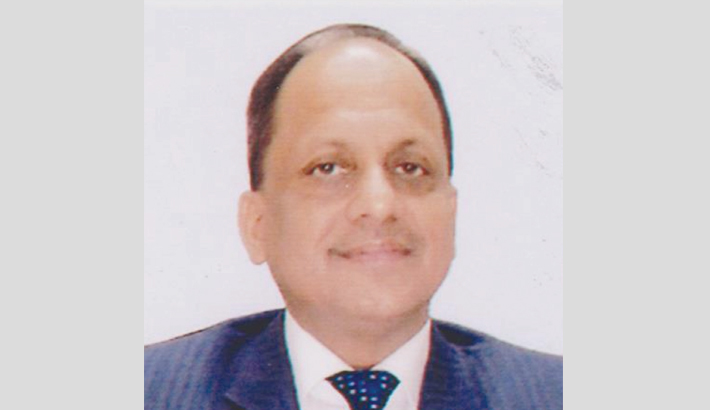 Bangladesh yields highest Hilsha supply around the world. Rather, the most tasteful Hilsha is only available in Bangladesh for which the nation feels proud of it. It is not globally available fish. So, millions of our gratitude to Almighty Allah for bestowing upon us such a blessing. But human disturbance and human greed are detrimental for Hilsha growth in our country. This valuable marine treasure which has immense role in our economy has fallen victim to our unabated greed. Every year government comes up with economic measures and enforcement drives during 22 days (October 9 – October 30) ban on Hilsha catching, storing and selling for ensuring safe spawning and proper breeding of mother Hilsha to boost Hilsha harvest in the country. Mobile courts have been playing a leading role to address the challenge. In most cases, the activities of the fishermen by flouting govt. ban are unintentional as their livelihood is a crucial issue. Here, economic needs turn into crime. But hoarders and large scale traders illegally extract Hilsha by using the poor fishermen for reaping unethical profit, which is catastrophic. Against such back drop, drives against the illegal catchers retard the goal of preventing the crime as the traditional human-driven enforcement seems to be troublesome in absence of modern technology. Mobile courts with the help of Coast Guard and Police have to spend huge time, energy, fuel and other operational costs to combat illegal catchers. But if we go for economic calculation, it seems to be costlier and also burdensome because of existence of our large marine territory (7000 sq km of 7 coastal districts) and also lack of sufficient human resources and logistics. So, we can’t remain stuck in the same method of operation every year without having appropriate technology. I had spent nearly half decade on turbulent rivers and sea with tons of rushing water. The voyage seems to me really risky and hasty. No one actually knows how many trawlers and boats are moving for fishing. Actually, no inventory can be done without technology. Another most daunting task is to prevent the incoming foreign trawlers which also pose serious threat for our marine resource. 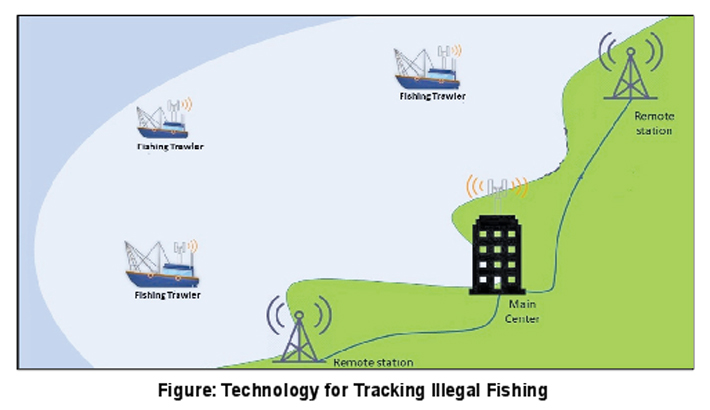 We have remarkable achievements of using science and technology in different aspects of our life. For example, satellite tracking services of cyclone and its landfall have facilitated disaster response by mobilising communities. Besides IP cameras are effective instrument to detect the criminals even the vehicles or motorbikes used for criminal activities. In addition, IR (infra-red) cameras are also used at night to combat such crimes. Our latest achievement is in the health sector where technology has been proved effective in case of utilising community vision center. Equipments are set up to check the eye-patients from distant places. Patients are getting services from remote areas by dint of modern technology. Since we live in an era of digital monitoring and surveillance, so use of technology is absolutely pertinent. Definitely it will have positive impact on overall governance of fishing sector. Solution lies here by using tracking device that can meet the challenges of illegal Hilsha extraction desperately. A scientific innovation under the Automatic Identification System (AIS) can prevent such illegal fishing which is an automatic tracking system based on GPS.

This technology can trace movement of the vessel with its location and speed on the screen. AIS is basically for tracking and monitoring the whereabouts and activities of vessels. This technology functions within a range of certain distance or boundary (For example less than 100km) depending on location of coast-based Base Stations. Every government registered fishing trawler or vessel must carry the device (AIS- transponder) which will transmit the identification, position, course and speed at a specific time interval. Here, the AIS receiver at the coast will collect the data and send it to the main station for further processing. Even any vessel turns off the system, the controlling agency at the main station can easily identify the latest position of the vessel at the main station. If the marine territory is within a stretch of more than 100 km or more, then use of satellite is an essence to make it operative and effective. Besides, if access to SAR (Synthetic Aperture Radar) is available, then even in the night or in stormy or adverse weather, movement of vessels can be easily tracked by analysing the data. Thailand, Philippine and Malaysia have already applied such technology. But above everything, the success of such technology relies on commitment and capability of the law enforces. In addition, strong community involvement and support are also crucial for its success. So, we may go for screening its viability and cost-benefit analysis to prove its cost-effectiveness. A big push is needed, because time has come to control such corruption and also changing our habit of overfishing and overconsumption to habit of conservation. It appears that huge quantity of Hilsha is being stored by some elite and rich families in their refrigerators who forget the nutritional demand of lower income people. For the rich people, such over consumption is not their actual necessity or for subsistence, it absolutely originates from their unabated greed, which has led this resource to extinction.

So, this is prerequisite for adopting policy by the authorities (Ministry of Live Stock and Fisheries, Department of Shipping, Mercantile Marine Department) to enforce use of such technology for sustainable management of marine resources. To conclude the imposition of ban would be truly meaningful and the enforcement drives would be really effective, if technology is incorporated in the process. The fishermen, the citizens and the administration have to toil together with inclusive approach for protecting Hilsha resources; otherwise Hilsha will face potential threat like climate victims.

The writer is the Director General of

National Museum of Science and