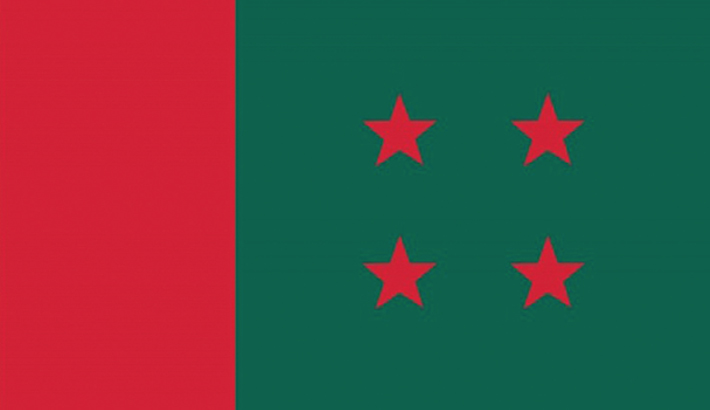 New faces will be given a good number of posts in the central body of the ruling Awami League in its upcoming 21st triennial council session slated for December 20-21, insiders say, while there have been loud demands for Prime Minister Sheikh Hasina’s continued leadership.

They party insiders say that party president Sheikh Hasina is likely to promote honest, dedicated, young and those with a clean image in the council session.

The premier has already hinted that some new faces would be given chance to discharge responsibilities for the party.

Realizing the mind of the party president, many young and promising leaders have been trying to draw the attention of the high-ups to get posts in the central body to carry out the party agendas for the next three years.

Awami League presidium member Faruk Khan told the daily sun that the party always tried to form grassroots and central committees with the combination of new and old faces.

“Tested and clean-image leaders will be inducted in the central body by axing controversial leaders from the party,” he said.

Asked about the leaders holding posts in the central body for many years, Khan said it was normal to bring changes.

“Some of them may get promotion for carrying out outstanding activities during the tenure while some will be shown the door for their poor performances,” he said.

The 81-member central committee was formed in the last council session held in October in 2016.

Insiders say that some sixty per cent incumbent leaders may be dropped from the central body for their failure in carrying out the organizational activities.

During their tenure, assigned leaders failed to hold the council sessions of the districts and grassroots. Awami League joint general secretary Jahangir Kabir Nanak told the daily sun that there is a chance to induct new faces in the central committee.

“Former Bangladesh Chhatra League leaders who have clean-image may be inducted in the central body to pave the way for them to work for the party with devotion,” he said.

Insiders say that majority of the incumbent leaders have taken the responsibilities of the party in the 18th council session held in 2009 while the last session of the party hardly saw any change in the line up.

There would be no change in the major posts, including the post of party president, as there is no alternative to Sheikh Hasina and the rank and file wants her to continue to lead the party as well as the country.

People in general also see no option to Sheikh Hasina and fear a total chaos in the country if she opted to step down. After taking the responsibility in 1981, she has turned the party into one of the biggest political platforms in the world.

However, there were whispers about the post of the party’s general secretary as there were many aspirants for the coveted role.