Rohingya People: Past, Present and Future 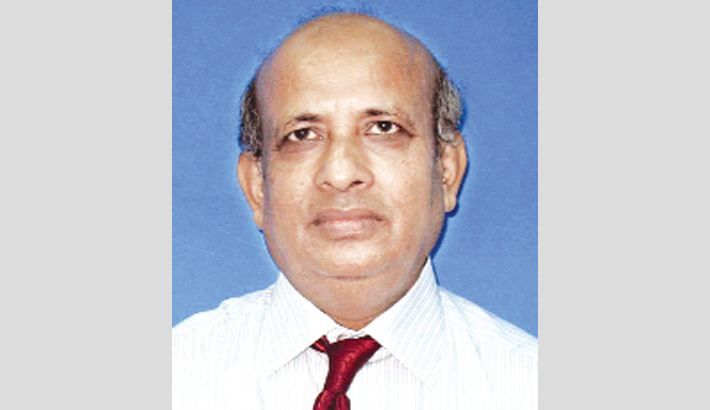 Bangladesh and Myanmar are two adjacent neighbouring countries having a close boarder of 271 kilometers with each other. Although they have differences in terms of their religiosity, language and ethnicity yet, the Rohingyas of Arakans have some similarities with that of eastern Bengali-speaking people of Bangladesh. It is to be noted here that Arakan Region had not always been the part of Myanmar rather during the Middle Ages, Arakan was an independent state and at that time, it had remained extended over boarders of Chittagong Hill Tracts in Bangladesh. It is therefore quite obvious that many Rohingyas who had settled in parts of Arakan in the past, went there at least three to four hundred years before. While finding these histories from the writings of many eminent writers and researchers including Abdul Karim Sahitobisharod and Dr. Enamul Haque, we learned that Arakan at that time was a golden Muslim center for Bengali literatures and poets who were then nurtured by the Palace of Arakan Muslim kings. The Rohingyas belonged to this group of people who had settled in Arakan during the British colonial and pre-British times. This type of migration is very natural in many parts of the world, where Europeans went to the United States; Chinese were brought to Malaysia having given the proper citizenship. In the case of Myanmar, it is perhaps unique in exception, where the Rohygas had lived for centuries. It is learned from the history that as soon as the British left, Myanmar started subjugating the Rohingyans in their place of origin and marginalized them socially, economically and politically. 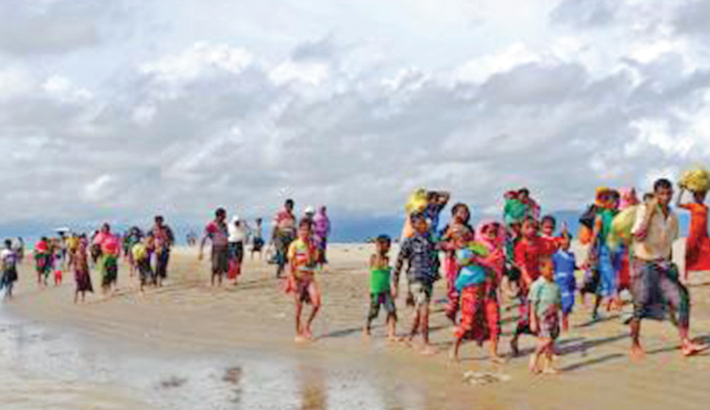 While refreshing our memories, it may be recalled that during 1940s, there was once a demand for establishing a separate Muslim state in Arakan but it could not gain momentum due to the absence of proper leadership and mischievous political attitude of the British colonial power. It also had failed because of the reason that the Burmese military junta subsequently instigated other ethnic groups of the country as part of military cleansing to cripple and marginalize the Rohingyas as well as the Muslims of Myanmar. We must note here that it is for the reason most experienced and learned global politician and the present Malaysian Prime Minister, Dr. Tun Mahathir Muhammd has justifiably urged the world community either to create an independent homeland for the Rohyangas or to allow them getting proper recognition as legal citizens of Myanmar.

Arakan has now been renamed as Rakhaine with a tricky and treacherous design to instigate the Maghs having made them believe that it is actually their land and the Muslims and the Rohingyas are the settlers from outside. Myanmar had always been dominated by the rule of army who do not have proper respect for democracy and human rights. But in real sense, the length of Rohingyas settlement to Myanmar had met greater than many other ethnic groups living in that country. Although many of these ethnic groups had arrived in Myanmar later than the Rohyangas, yet they were naturalized as citizens; whereas the Rohingyas are still having been waiting for it. This is very much undemocratic and a gross injustice to them which requires serious international interference. Myanmar should learn from Bangladesh how gently it behaves with its minorities and other ethnic groups of people in Chittagong Hill Tracts.

Going back to our discussion, it may be noted here that Myanmar had always been a shattered country full of flexibility and ethnic divergences. With this delicate issue, during the middle of 1950s, there was a kind of disintegrative sentiment among a few minority ethnic communities in Myanmar. But it is to be admired that Rohingyas had never tried to go for such disintegration rather, they always honoured the nationalist state sentiment to be the part of Myanmar. However, the Prime Minister U Nu had finally been successful in foiling the disintegrative moves of other ethnic groups in Myanmar.

In his strategic steps, Prime Minister U Nu started negotiating with these groups of people and at certain stage, he also interacted 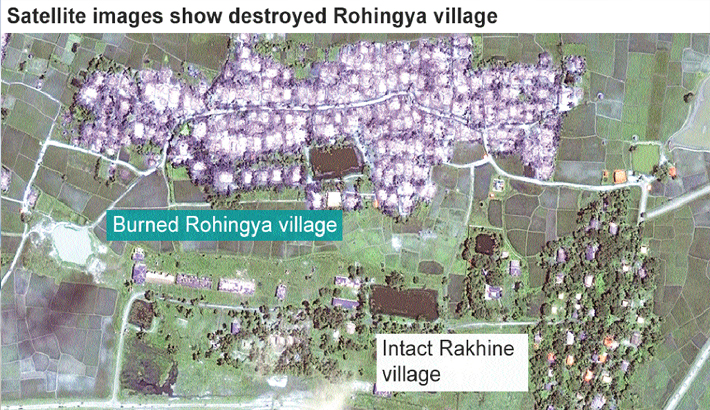 with the Rohingyas consoling them to review their demands of political rights. A question comes to our mind as to why the military junta went against the Rohingyas. This is perhaps because of the reason that being ignorant, the Rohingyas deliberately opposed the army rule without having any intelligent thinking about their future. We know it very well that Rohingyas are by nature fanatic, who usually do not send their children to schools for education nor do they have any social acceptability outside Rakhaine regions. They never control their births; instead, they often suffer from malnutrition and sickness. Being maltreated, the Rohingyas were never brought to any international or UN monitoring to educate them properly and also simultaneously providing them basic training for human existence. I specially urge the Unicef, UNFPA to sponsor special projects providing them school education and training on family planning and health care facilities once they are taken back to their country. The Myanmar Government never thought about these issues and instead, always had neglected and alienated them from the mainstream geopolitics.

In continuation of our discussion from historical perspective, we may recollect the year 1958 when Prime Minister U Nu handed over the political power to General Ne Win by forming a care-taker government which was purposively designed to bring peace in the country. General Ne Win succeeded in handling the problems and after completion of his task properly, he handed over the power to U Nu once again. But unfortunately, U Nu could not sustain in power as within two years in 1962, there was plea to show the weakness of the civil government which made the army greedy for power and in continuation with their emergence subsequently in phases the army made Myanmar an undemocratic and cruel nation of the world.

Until recently, Myanmar did not have any proper respect for democracy as due to such consequences of militarization, Aung Shan Suchi had remained captive in jail for decades. During the time, many journalists, educationists, film-makers, academics and researchers could not open their mouths and as a consequence, many of such intellectuals went abroad and had never returned home. The country however started to normalise when Suchi was released finally in the year 2010. But unfortunately, Aung Shan Suchi also humiliated the Rohingyas as she never gave any positive thinking about them since she formed a Government in Myanmar. In an interview with the Washington Post, Suchi was very tricky when she said that “the government is now verifying the citizenship status under the 1982 citizenship law. And I think they should go about it very quickly”. It may be noted here that the ‘1982 Burmese Citizenship Law’ is an unacceptable document and the international world does never approve it. In fact, this law was intentionally designed to curve the citizenship rights of the Rohingyas and many international social activists mention that “the 1982 citizenship Law of Burma is a clear violation of the Article No 15 of the Universal Declaration of the Human Rights (UDHR) showing a direct insultation of the United Nations itself”.

Meanwhile however, the years 1958, 1978 and 1992 passed by when the Rohingyas have been oppressed and tortured in different ways and to get rid of Myanmar persecution, many Rohingyas from time to time, infiltrated and entered in Bangladesh. It is reported that during 1991-92, the Rohingya settlers in Bangladesh stood at 250877. And finally due to recent military atrocities, another ten lakhs have entered the country. We must let the world know that the land in which the Rohingyas had been residing since long past is actually their land. They should immediately be taken back with full honour and dignity. Myanmar Army and Aung Shan Suchi must not forget the history and allow the Rohyangas to resettle obeying the international verdicts in their land. Otherwise, Myanmar will continue to face world pressure for ignoring the humanity. The international communities including China and India have been fully convinced that the Rohingyas must return to Myanmar obeying the global sentiments.

While visiting Myanmar, the Principal Deputy Assistant Secretary of the United States, Simon Henshaw once described the Rohingya situation as appalling and said that his visit to Myanmar was an eye-opening to the situation identifying it as very complex. His team reminded Myanmar Government about their responsibilities in restoring security and stability to Rakhine State, and asked them to investigate the reports of atrocities and simultaneously identify those who are responsible for such crime. Finally, Simon Henshaw and his team mentioned it clearly saying that Rohingyas have to be allowed to return back to their own land and quick efforts need to be made to restore their homes and villages.  They also added that there should be a political reconciliation in Rakahine State between many ethnic groups for immediate, safe and successful return of the Rohingyas.