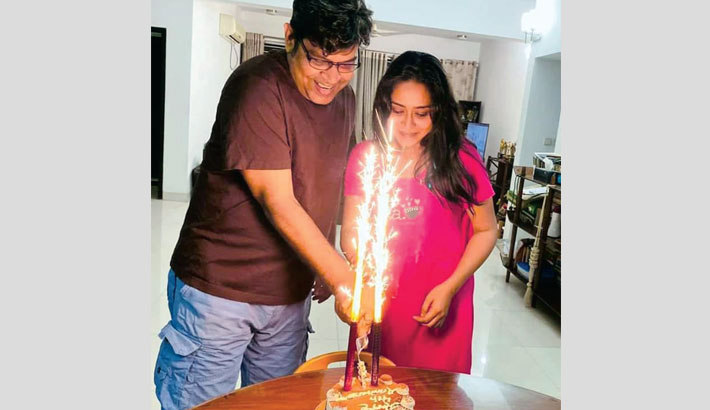 Putting an end to all the hypes and speculations, popular actress Zakia Bari Mamo and director Shihab Shaheen admitted their marriage on Wednesday.

Shihab Shaheen greeted Mamo on Facebook on the day. Shihab posted two photos—which show a cake and the couple cutting the cake together—with a caption “Happy 4th Marriage Anniversary Zakia Bari Mamo..” on his Facebook account at 12:23pm. Responding to the post, Mamo shared the same photos with a caption “Thank u so much Shihab Shaheen for loving me a lot....”

Just after the revelation of the duo’s marriage, the news went viral instantly on the social media. The couple was showered with greetings and well wishes from their colleagues, fans and other celebrities from the showbiz on Facebook.

Earlier, rumours were rife about the relationship between Mamo and Shihab Shaheen for the last few years.

But, they had rejected all rumours, saying they were just ‘good friends’.