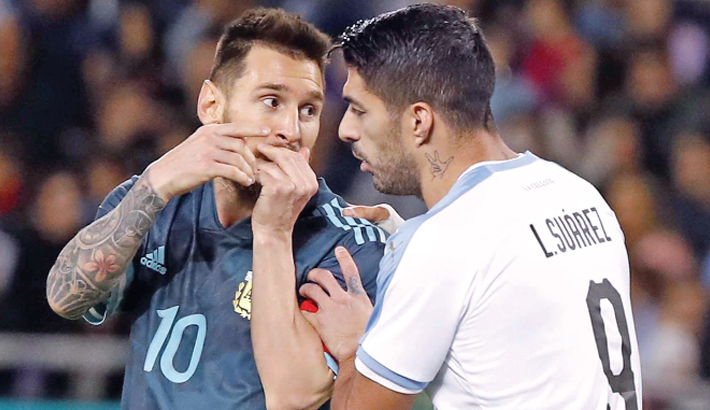 Luis Suarez had given Uruguay a second-half lead from a free-kick before Martin Caceres handled in the area, reports BBC.

The Argentina captain nonchalantly rolled in his second international goal in as many matches.

Messi was in the mood from the outset as he rode four challenges in the first half before retaining possession and picking himself off the floor to spin the nearest defender and play the ball wide.

The forward, who scored on his first Argentina appearance since July in Friday’s win over Brazil, had a hand in both of his side’s goals in Israel.

First, his delicate free-kick was met by a glancing header from Manchester City’s Aguero, and then he salvaged a draw from the spot with defeat looming after Argentina goalkeeper Esteban Andrada could only palm Suarez’s set-piece into the top corner.