Enrique to replace Moreno and return as coach of Spain 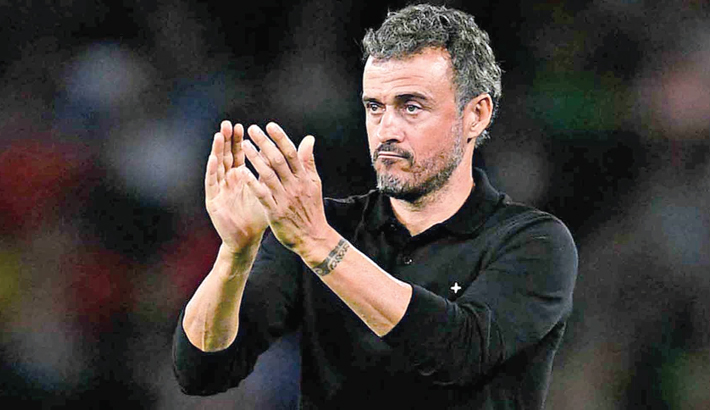 Luis Enrique will return as coach of Spain and replace Robert Moreno ahead of Euro 2020, despite Spain team is closing their qualifying campaign with a 5-0 thrashing of Romania.

Moreno chose to skip all his press duties following the victory at the Wanda Metropolitano, after reports had emerged before kick-off that he will not lead the team at next year’s finals.

“Today we can confirm Luis Enrique returns to his position of work,” said RFEF president Luis Rubiales, in a press conference at the national team’s training base in Las Rozas.It would mean Spain making their fourth coaching change in only two years and the clumsy manner in which it has been handled carries echoes of Julen Lopetegui’s sacking on the eve of the 2018 World Cup.

Fernando Hierro took charge for the duration of that tournament and then his replacement, Luis Enrique, stood down in June to take care of his daughter, with Moreno promoted in his place.

During his tenure, Spain have been comfortable if not entirely convincing qualifiers from Group F but few would argue Moreno did not deserve a better send-off.

With automatic qualification sealed and first place guaranteed after their 7-0 demolition of Malta on Saturday, Spain had just secured a top seeding by beating Romania in Madrid, where Villarreal striker Gerard Moreno scored twice.

They are unbeaten in their 10 games, registering eight wins and 31 goals along the way, even if a kind group offers little certainty they will fare as well against stronger opposition in seven months time.

Sweden had already qualified in second, while Romania knew they and Norway were destined for the play-offs, which perhaps contributed to a ragged display from the visitors that saw them trail by four goals at the interval.

Moreno experimented all the way through. His most recent 23-man squad included players from 17 different clubs and this starting line-up against Romania featured seven changes from the thumping win over Malta.

Chelsea’s Kepa Arrizabalaga and Manchester United’s David de Gea are still scrapping to be first-choice goalkeeper. The former was preferred here, while Inigo Martinez was the latest trialist alongside Sergio Ramos in central defence.