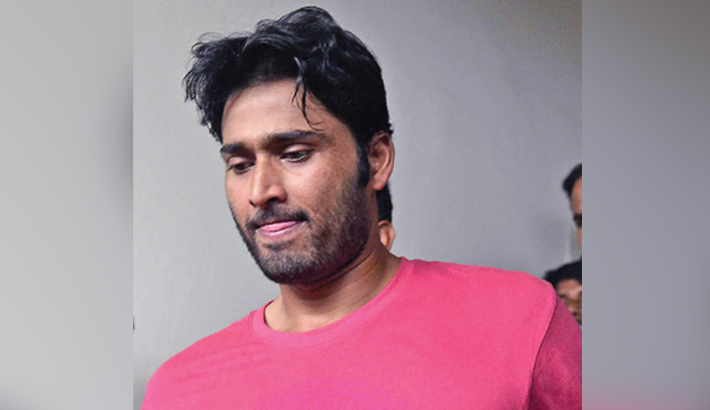 Former Bangladesh Test pacer Shahadat Hossain has been banned for five years, with two years suspended, by the Bangladesh Cricket Board for physically assaulting teammate Sunny Arafat during a National Cricket League match between Dhaka Division and Khulna Division. Shahadat has also been fined Taka 3 Lakh.

He will not be able to take part in any cricketing activities for the first three years, and his remaining two years’ suspension might be reduced if he does not breach the discipline during the three-year period.

The technical committee of Bangladesh Cricket Board (BCB) took the decision at a meeting on Tuesday after reviewing the reports of the on-field umpires and the match referee.

Chairman of the technical committee Minhajul Abedin Nannu said, “We took the unanimous decision to give him (Shahadat) such a punishment considering the gravity of his offence as he was found guilty on disciplinary issue earlier, too.”

“With this exemplary punishment, we want to give a message to other cricketers that nobody will escape punishment in the future after breaching the discipline,” he added. Shahadat could have been banned for life.

Dhaka Division pacer Shahadat was withdrawn from the match using red card by the match umpires soon after he beat up Sunny in the field in their vital match against hosts Khulna Division at the Sheikh Abu Nesar Stadium in Khulna.

Shahadat himself conceded he lost his temper, while also saying Arafat had also ‘misbehaved’. “I am not playing in the ongoing NCL match as I am suspended and I am not sure what will happen in future,” Shahadat told daily sun on Monday.

“It is true that I lost my temper but he also misbehaved with me as he refused to shine the ball and when I asked why he answered in a tone that was degrading and difficult for me to digest,” he concluded.

Shahadat, who played 38 Tests and 51 one-day internationals for Bangladesh, spent nearly two months in detention in 2015 after he and his wife were accused of torturing an 11-year-old girl they employed as a maid. They were cleared when it came to trial however.

Shahadat hit the headlines again in 2018 when he allegedly beat a rickshaw driver for hitting his car in Dhaka.