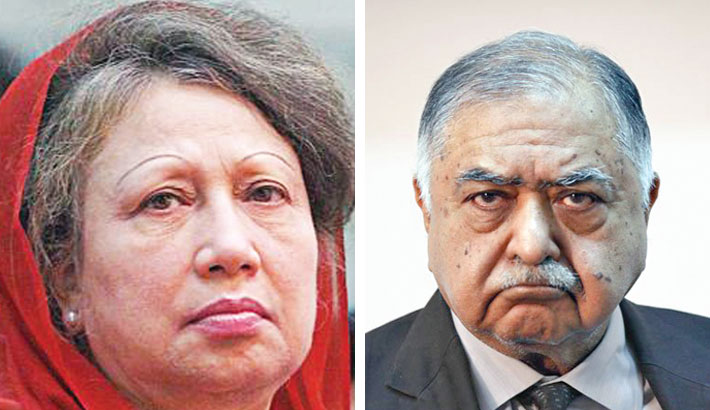 When asked if Dr Kamal Hossain would meet Khaleda Zia, Reza Kibria, however, told the daily sun: “On behalf of our party (Gano Forum), I’m going to meet the BNP chief. Kamal Hossain will not meet, as his leg condition is not good.”

As per the discussion with Home Minister Asaduzzaman Khan during a meeting on October 22, the Oikya Front sent the letter to meet the BNP chief either on Monday or Tuesday.

Khaleda has been in jail since she was convicted in Zia Orphanage Trust corruption case on February 8, 2018.

She was found guilty in another corruption case later the same year though her party claims both the cases are 'politically motivated'. She has been receiving treatment at the BSMMU since April 1.