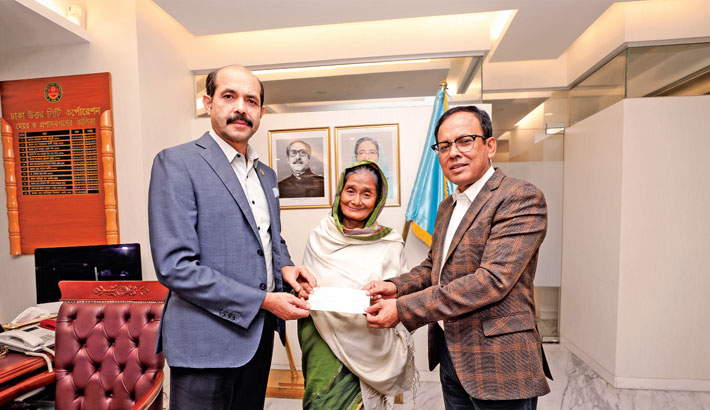 DNCC Mayor Atiqul Islam handed over a cheque for Tk 2 lakh to the folk singer in a simple ceremony held at Nagar Bhaban in the capital on Sunday.

Speaking on the occasion, Atiqul Islam said, “If we want to protect the country’s folk culture, we will have to extend all-out support to folk singers and others working in this field.”

The DNCC will continue to provide support to talented artist like Kangalini Sufia and philanthropic activities, he added.

Kangalini Sufia said, “I pray for the DNCC mayor for extending this support during my financial hardship. I’m grateful to him. “

Family members of Kangalini Sufia, including daughter Pushpo Begum, were present at the ceremony.

On October 24, the DNCC mayor announced donation to the singer at the founding anniversary ceremony of the daily sun. Kangalini Sufia also attended the programme at the newspaper’s office. She is suffering from various old-age complications.