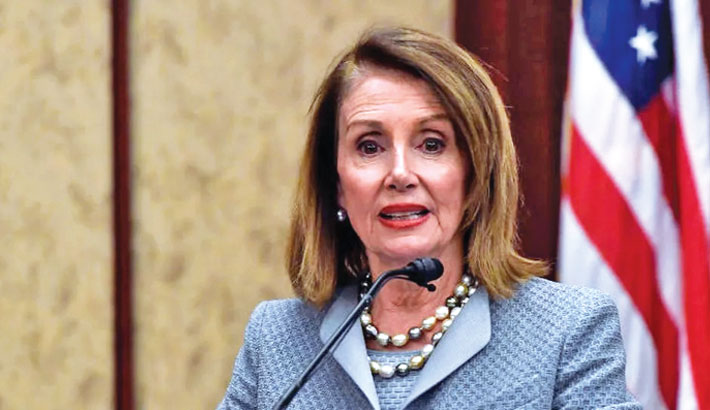 Speaker of the House Nancy Pelosi said testimony provided Wednesday by two witnesses, including a US envoy to Ukraine appointed by Trump himself, was damning because it “corroborated evidence of bribery” by Trump in his actions regarding Ukraine.

The comments signal that Democrats believe the evidence that emerged from the first public hearing of Trump’s impeachment inquiry was strong enough to back their argument that Trump abused the power of his office to advance his political interests.

The evidence, Pelosi told reporters, makes the wrongdoing by former president Richard Nixon, who resigned in disgrace in 1974 when it became clear he would be impeached, “look almost small” by comparison.

“The devastating testimony corroborated evidence of bribery uncovered in the inquiry,” she said.

“And the president abused power and violated his oath by threatening to withhold military aid and a White House meeting in exchange for an investigation into his political rival—a clear attempt by the president to give himself the advantage in the 2020 election.”

Pelosi’s wording appears to be an intensification of the language that Democrats are using to describe Trump’s alleged wrongdoing, moving on from the “quid pro quo” that they used in recent weeks.