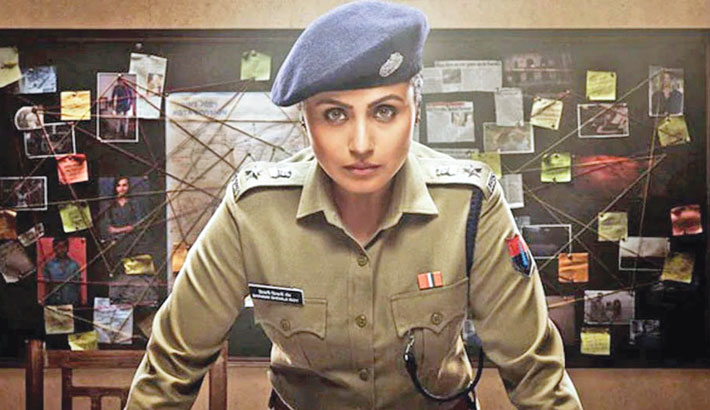 The first trailer for Mardaani 2, a stand-alone sequel to 2014’s fact-based thriller, has been released. Starring Rani Mukerji as a cop, the film appears to be a cat-and-mouse thriller inspired by real events, reports Hindustan Times.

The trailer opens with stats revealing to the viewer that more than 2000 rapes are committed in India by boys under 18 years of age every year, and that these are only the ones that are reported. We watch a young girl hitch a ride home, followed by the screen cutting to black, with only her screams rattling in our ears as the Yash Raj Films logo pops up.

Mardaani 2 is based in Kota, Rajasthan, where a serial rapist is on the loose. While the trailer never really seems like a sensitive treatment of the subject - there are glimpses of the shocking crime and its aftermath - it takes another surprising turn when it turns into a thriller.

Rani’s character, who initially seems like she’s challenging Shefali Shah from Netflix’s Delhi Crime, finds herself being taunted by the rapist, like she’s in David Fincher’s Zodiac.

The criminal leaves her clues, and threatens to commit more crimes, prompting her to put together a crack team and leave no stone unturned in nabbing him.

This not only takes the focus away from the victims, but somehow makes Rani’s cop the centre of attention -- not to mention the ‘entertaining’ tone that it strikes.

Mardaani 2 is directed by Gopi Puthran and also stars Vikram Singh Chauhan. The film is slated for a December 13 release.