Our Vice-chancellors and Universities 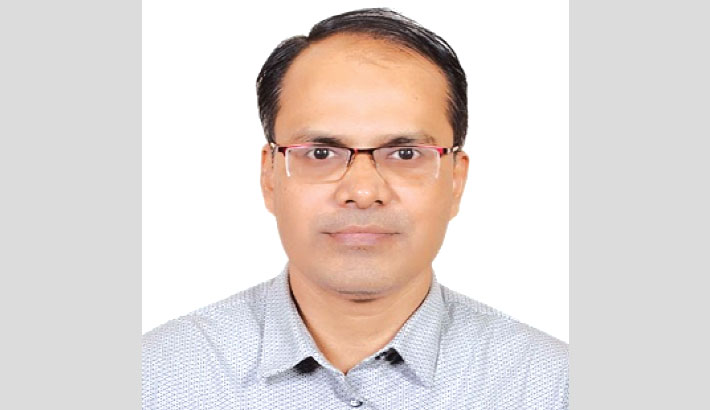 The vice–chancellors of our universities are profusely indulging in corruptions and irregularities of different types and magnitude. There have been allegations of hiring new teachers in exchange for money, using four cars against one allotted, allegation of sexual crime. Along with allegations of immoral behaviour with students, indecent and outrageous reaction to criticism, there are the allegations of nepotism and partisan behaviour while admitting students illegally into Dhaka University to allow them to participate in the student union elections, drawing huge amount of money against cell phone bills, entertainment bills, and car fuel bills, financial misappropriation in the name of development works and so on.   There are also the allegations of remaining absent from work station most of the days of the month, serving  in 12 positions simultaneously and abusing  power,  harassment of teachers and officers, recruiting officers without  advertisement,  using  abusive words like 'Rajakarer Bachcha' to the students, changing  the recruitment rules to appoint  daughter and son-in-law as  teachers in  a university. Some of them become more interested in constructing building than in focusing on boosting up the status of the university through quality research and innovation.

Why are VCs indulging in these corruptions? Owing to the absence of any standard guidelines to appoint VCs, they are appointed on political considerations, but not on merit or quality. The political connection makes them very powerful after the appointment. They get involved in immoral activities. They misuse the position of VC and hence degrade the dignity of the universities. There is no code of conduct not only for VCs, but also for university teachers. The academic excellence, research record in addition to their integrity and leadership quality should be the criteria for VC appointment. Transparency International Bangladesh (TIB) has called for formulation of an ethical code of conduct for teachers. It  says, ‘As teachers are the builders of the civilized people for future, that is, the better judge, administrator, journalist, poet, doctor, engineer, politician literary people, so like people of other sectors, teachers should obey some code of conduct decided by the government.’ So, there should be a code conduct for the university teachers irrespective of public or private.  The teachers who will adhere to this code of conduct may be appointed VCs.

Does the appointing body seriously consider the teaching performance record, research track record, administrative track record, contribution to the department and university, involvement in community services and so on in appointing a VC? Does the Chancellor’s Office check whether the nominated persons have essential social and emotional skills -- good communication skills, leadership, problem-solving, critical thinking, integrity, adaptability, empathy, team-building, and etc?  Records do not indicate it.

We have heard about VCs like Sir Syed Azizul Hoque of Calcutta University, Sir Satyan Bose working for both Dhaka University and Visva Bharati;  Rathindranath Tagore, brother of Rabindranath Tagore as VC of Visva Bharati. The nation no longer dreams of our VCs to be like those mentioned above in the 21st century in the flurry of so many irregularities and vices in all spheres of our life.  An iota of some qualities of these luminary VCs in these new generation VCs would have made the nation both happy and proud at least.

We can have a look at our private universities too. We know few private university vice-chancellors who are both academically and administratively sound and are running the universities efficiently. Yet, most of the VCs at private universities cannot do what they want to do positively such as introducing academic freedom and good governance; making financial affairs transparent and spending money on faculty development programs or allocating fund for research and so on because the Trustee Board members do not give them full support and cooperation. Many of them are reportedly doing their routine job just to complete four-year tenures.

Many private universities are in fact operating like the Honours and Masters teaching colleges under the National University. The difference between these private universities and colleges is that whereas in private universities classes are being held regularly, in colleges classes cannot be held regularly mainly for shortage of teachers.  Most of these colleges have three to four teachers at the highest in a department.  But, they have to take classes in HSC, Pass course, Honours and Masters programs. These colleges mainly depend on part-time teachers who are less qualified. But, the Administration of National University is more serious about holding yearly examinations in time than on making arrangements for holding regular and adequate number of classes.

The Prime Minister’s declaration that the Honours and Masters teaching colleges would be handed over again to the four general universities, i.e. DU, CU, RU and JNU compelled National University Authority to remove its crumbling session jam at the cost of quality education a few years ago. Who can actually resist the allurement of huge undeclared earning in the form of registration, cancellation, and other fees by the University? This scenario is like a double-edged sword in the sense that it is doing a two-way harm. It is eroding the quality of higher education being imparted to a huge number of youths on the one hand and is deskilling the teachers of these colleges on the other.

That is why, until truly academics, equipped with social skills and excellent teaching and research track record, are appointed as vice-chancellors at universities, we won’t be able to get rid of these dirty vices!  It is not wise to smell conspiracy theory in all the agitations of the students of the universities. All students demanding probe into the corruption charges against VCs should not be termed the ‘sons of rajakar.’ The fact that any of the VCs against whom charges of corruption have been brought, did not have to undergo trials and punishment, does not negate the perception of their being corrupted. It is true that the VCs who are already accused of corruption are not seen to shuttle between Anti Corruption Commission and Courts for facing trials and proving them innocent because the people and the Department responsible to bring them to book do not actually want to tarnish the dignity of university teachers. That is the cultural and professional prerogative traditionally being enjoyed by our university teachers. Our university teachers should not misuse and abuse that privilege because honour and dignity are the epitomes for our teachers. One cannot buy them for anything.