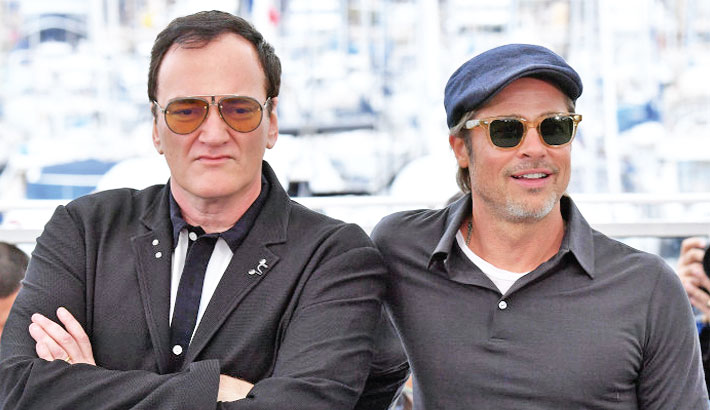 Brad Pitt and Leonardo DiCaprio were the talks of the town this summer after they wowed audiences with Once Upon A Time In Hollywood. The two stars starred in the Quentin Tarantino's masterpiece and have generated a deserving Oscar buzz. But this masterpiece wasn't the actual idea. Brad Pitt has now revealed that Tarantino had penned down a different script at first but it was burnt down, reports Variety.

Pitt revealed that he was asked to come down to Tarantino's house for the reading because he was extremely secretive about the movie's script. It was during this discussion that Pitt slipped in that the first script was burnt.

"This one, because the previous script got burned, it was just one copy, his first copy, and you had to go to his house to read it. I think the Rick Dalton character [Leonardo DiCaprio] had to get cast first. So the first time I went, it was a nice, clean, crisp script, and I got called back and it was all dog-eared and snot stained," he revealed. This goes to prove a snot-covered script means it is a mind-blowing script!

Pitt also discussed Tarantino's style of auditioning. He said, "Tarantino’s different. Me, who’s never done Shakespeare, but there is a specific rhythm,’ the star revealed. ‘I find that with the Coen brothers and I find that with Tarantino, there’s a very particular music to it where, with some jobs we do, we get to riff and that’s great."

"We make it natural, we put our little interesting bits in it, and we make it our own. But here, it only lets the air out of the tyre. He’s one of the few writers that I read where you can hear it immediately," he told Sandler.