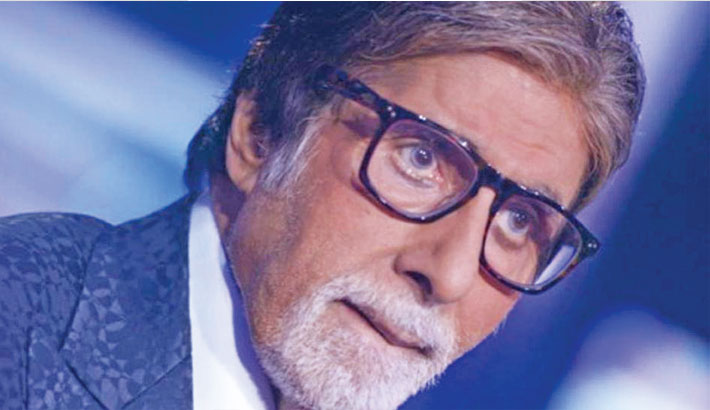 Actor Amitabh Bachchan wrote on his blog that he shot three episodes of Kaun Banega Crorepati 11 back-to-back, resulting in an 18-hour work day. The actor had previously said that doctors have advised him to cut back on work, keeping in mind his recent health concerns, reports Hindustan Times.

The actor was hospitalised for a few days in October, after which he had written on his blog that his doctors had advised him to scale back on work.

On Tuesday, he wrote on his blog that because of a backlog, he shot for three episodes of the reality game show in one day. “Yes, sir, I work. I work every day,” he wrote. “I worked yesterday, it lasted 18 hours. It gave me reassurance, love and blessings.”

One day before, the actor had written, “Apologies for the delayed Post and the Blog. But as we near the ending of the season of KBC ..a great amount of catch up is being required .. hence finished only by 1 AM, this morning and am setting off again to the studios ..” Amitabh was joined on the sets by Sudha Narayan Murthy, the wife of Infosys co-founder Narayan Murthy.

The actor had previously written that doctors had warned him about cutting back on work, ‘or else’. “The tunnel at the NSSH .. indeed several tunnels and some more probing with the meter in hand that sonographs .. a few on the side injectables .. at various locations on this mine field of a body .. some venus strips punctured and the fluids dripped in .. a few hard core instructions to follow .. and back to the grind , despite the stethoscope dressed messengers from heaven giving strong warnings of work cut off .. or else,” he’d written.

Amitabh had recently pulled out of the Kolkata International Film Festival, where he was due to deliver an inaugural address. West Bengal chief minister Mamata Banerjee had said that the actor pulled out due to his health. She said, according to IANS, “Amitabhji comes here every time. But he could not turn up. Since last night he is unwell. So doctors have restricted his movements. He is suffering a lot since last night.”

Amitabh had also pulled out of an appearance at the Sharjah Book Fair. The actor was discharged from Mumbai’s Nanavati Hospital on October 18. The veteran actor had reportedly been admitted to the hospital since October 15.