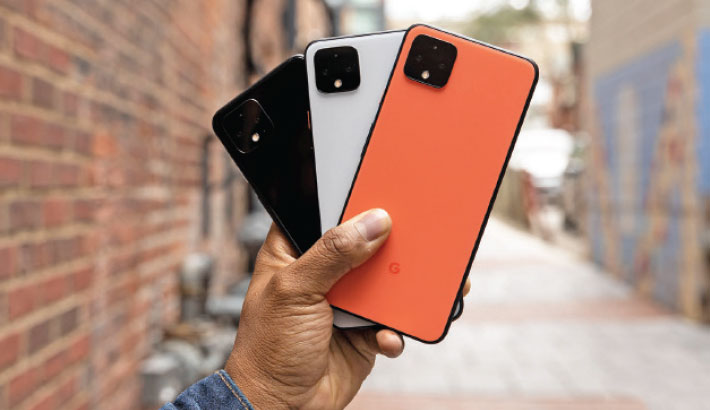 This year Pixel 4 and 4 XL have hit the market with their new dual cameras backed by refreshed ‘super res zoom’ and ‘night sight’ to deliver even better results. But Google’s forte has always been software, and it’s no different here – Google uses tons of tech magic to pull off a number of powerful features, including next-gen machine learning systems and gesture controls enabled by the first-of-its-kind soli radar chip.

This year’s Pixels ditch the distinctive, two-toned look that dominated earlier models. Instead, the entire back of the phones is made of a single piece of glass that melds into an aluminum rim, giving them a clean, minimalistic look. Overall, the phones feel solid and well-built. The Pixel 4 is lightweight at just 5.7 ounces and fits into the hand quite nicely. The Pixel 4 XL is heftier, of course, but still rather lightweight. It matches most other large flagships in size. There isn’t much more to say about it – those who like big phones will enjoy using the Pixel 4 XL, and those who prefer smaller handsets won’t find anything special about it.

The Pixels' thick top bezel, which houses 3D face unlock sensors and the Soli chip in addition to the selfie camera, has already garnered a fair share of disdain. But I don’t think it’s as bad as some make it out to be. Having a clean, unobstructed display is a merit of its own – one that feels surprisingly refreshing in a time of notches and hole-punch cutouts.

Along its edges, the Pixel 4 and 4 XL house what you’d expect from a flagship. The top holds nothing but a mic. The left side holds the SIM tray, while the right side holds the power button (still brightly accented in the trademark Pixel style!) and the volume rocker.

All in all, the Pixel 4 and 4 XL are premium phones. They are not visually exciting, and they're perhaps even a bit dated. But interestingly, something about them feels approachable and organic. They feel at home in your hand.

Of course, the part of any phone you’ll look at most is the display. The picture quality is great, with excellent sharpness and crisp details. Colors are also very accurate and look natural but still vivid, while blacks look rich and deep. The settings menu offers three adjustment options for overall color, which span from more muted and natural to vivid and saturated, and a third option somewhere in between. However, the difference between them is not so noticeable. There’s also Ambient EQ onboard, which can automatically adjust the color profile based on the surrounding lighting conditions.

Like the case was with previous Pixel phones, the brightness is sufficient but not terribly impressive. It’s fine indoors and fares well enough in the sun, but it’s just not bright enough to blow you away.