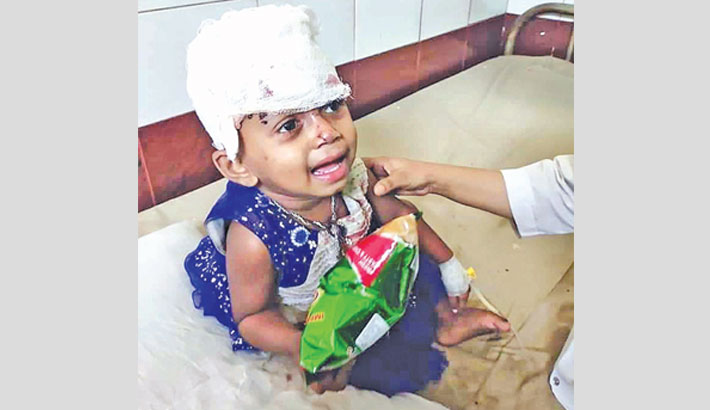 A little girl, who survived the train accident in Brhamanbaria on Tuesday, does not know what happened to her parents.  She was rescued from the accident spot with critical injuries.

Volunteers rescued the girl in a critical condition and rushed her to  Brahmanbaria General Hospital. But her parents or any relatives are yet to come to the hospital.

It is feared that her parents might have died in the tragic accident.

The photo of the girl went viral on different social media where people have been urged to contact the hospital authorities for claiming her guardianship.

At least 16 people died in the head-on collision between two trains near Mondobagh Railway Station in Brahmanbaria in the early hours of Tuesday.