A Daughter’s Tale: A walk down the memory lane 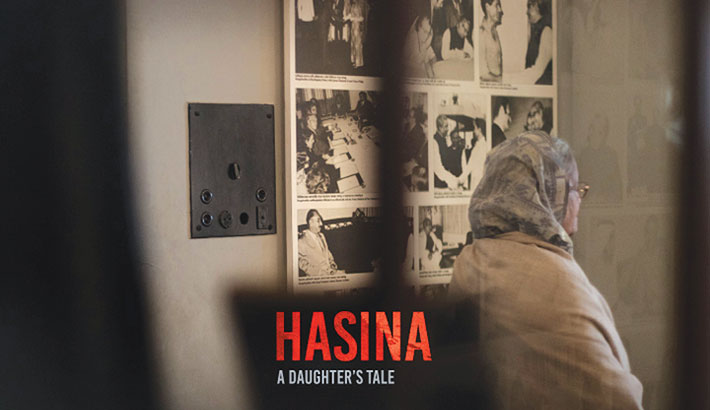 It took five years to get a life neatly sketched with stories and vignettes. Down the memory lane, down the road, down the trail left by the Father of the Nation, and anywhere a story was waiting to be heard, they have gone all the way and missed out on no details, reports UNB.

Finally, the curtain rose on Hasina: A Daughter’s Tale, narrating the untold stories of Sheikh Hasina as the daughter of Bangabandhu Sheikh Mujibur Rahman, the man who organised an entire nation to fight for freedom.

One year into its release, the docudrama that already attracted global acclamation was re-screened at Lit Festival in the on Friday.

The narrative in the voice of Sheikh Hasina herself turned the auditorium full of foreign poets and litterateurs into a captive through engaging storytelling and music of this soil complementing the imaginaries, said a Centre for Research and Information (CRI) media release on Saturday.

Sheikh Hasina, also the Prime Minister of Bangladesh, reminisced the days with her father, who led all the major movements leading to freedom. 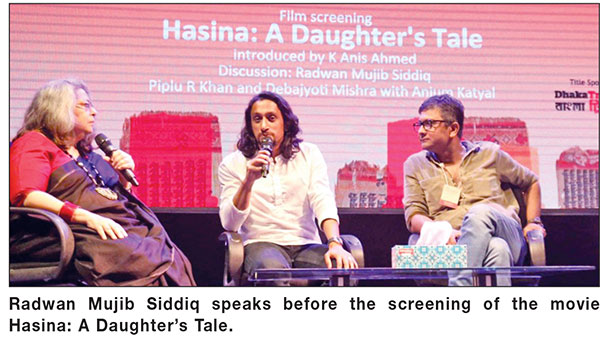 She was also observed narrating the darkest chapter in the history of Bangladesh - the killing of her father along with the entire family in 1975. The most critical junctures of the history was narrated like a story and offered a glimpse of Sheikh Hasina as a mother, a grandmother, a woman of this land apart from her position as the prime minister.

The screening of the movie was followed by an interactive session graced by Radwan Mujib Siddiq, grandson of Bangabandhu, also a co-producer of the film, Piplu Khan, director, and Debojyoti Mishra, background scorer.

“When she (Sheikh Hasina) asked for the script during the making of the docudrama, I said there was no script. She herself, her eventful life was the script,” said Radwan.

Talking about the power of storytelling, Radwan also said, “While most historical docudramas in our country are ‘officious’ in tone, Hasina: A Daughter’s Tale clearly stands out.” It focused on storytelling, bringing in some engaging stories that would otherwise remain unheard. Even the director’s camera made its way to her kitchen and library too, he added.

Piplu believes he himself knows more about Bangabandhu’s home at Dhanmondi 32 than anyone else, except Bangabandhu’s family members. “I tried to understand everything. I had rented a boat to travel to Tungipara to experience how Bangabandhu used to do it,” he said.