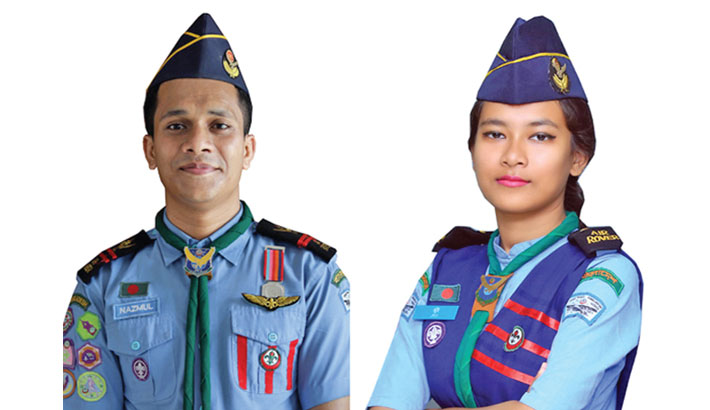 The award winners are the final year student of the Department of Electrical and Electronic Engineering (EEE) of the university, said a press release.

Jui Roy won the first-ever award as Girl in Rover in the history of Bangladesh Scout Air Region and Nazmul Hasan won this award for the second time.

The PRS award is a prestigious and top level award of Rover Scout Movement and is a pride part of every Rover’s life.

The president of Bangladesh hands over the certificate at Bangabhaban in the capital every year.