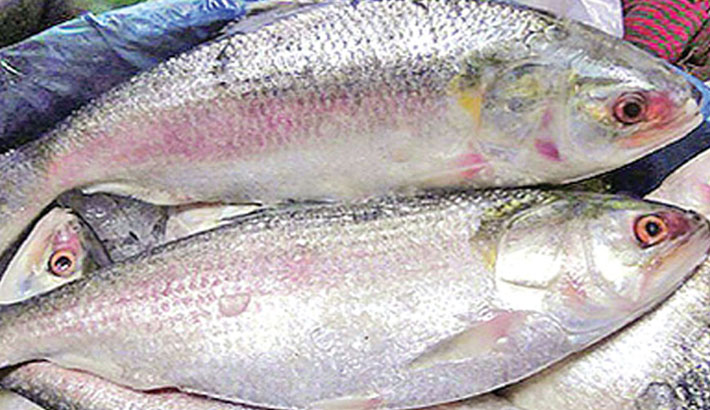 About 90 percent Hilsa available in Khulna and Chandpur markets after a 22-day fishing embargo are full of eggs, triggering fears of poor production in the next season and prompting calls for extending the fishing ban.

It looks to be alarming given the fact that only 15 percent of the Hilsa caught in the previous year had eggs in them, officials said.

He said the wholesale markets at Boro Rail Station fish jetty in Chandpur and those along the shore are packed with Hilsa with eggs since 90 percent of the catch is mother Hilsa.

The government had imposed a 22-day ban from October 9 to October 30 on catching, selling, storing and transporting Hilsa during its peak breeding period. But mother Hilsa could not finish releasing eggs.

Consequently, shoals of mother Hilsa full of eggs have been caught by fishermen after the ban was lifted.

Lack of rains delayed the cycle. “Hilsa breeding is related to rainfall,” said Professor Abdul Wahab, who is leading the ECOFISHBD Project of World Fish.

Prof Wahab said he was surprised that most of the fish contained eggs.

Fish traders in Chandpur said the production will fall if the breeding is not protected. They feared the national fish will face extinction if mother Hilsa continues to be caught at this rate.

They say the fishing ban during the breeding season should have been extended by 10-12 days.

Chandpur Fisheries Officer Md Asadul Baki claimed the drive to protect mother Hilsa was successful. “That’s why the fishermen have been able to catch a huge quantity of Hilsa,” he said, claiming that 80 percent Hilsa have released eggs.

Dr Anisur Rahman of the Fisheries Research Institute said they need a few more days to determine the percentage of mother Hilsas that have released eggs.

In Khulna, Hilsa weighing 1 kg was selling at Tk 800. The same size of fish is selling at Tk 700 in Chandpur. But the huge supply of the fish is hardly making people happy.

“Hilsas with eggs don’t taste good,” one of the buyers said.