Messianic Era Gearing Up For Their Debut Album 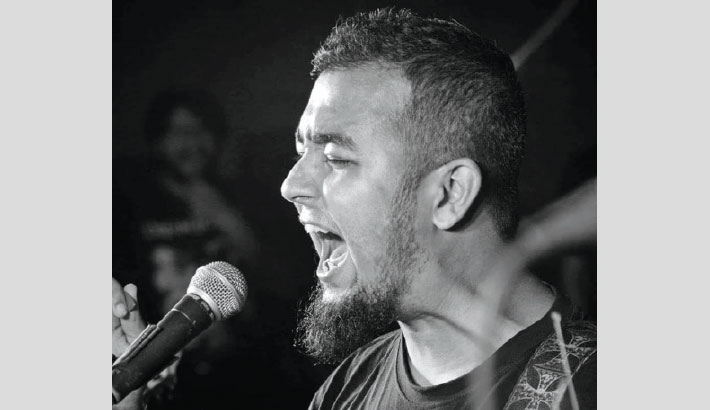 Fans and friends of the progressive metal band ‘Messianic Era’ have their eyes glued to their social media pages. That is because the band has announced that they are almost done with their debut album. In fact, they have even given a few teasers on their Facebook page and the compositions surely seem promising! If you are craving for some good metal vibes for a long time, this will surely satisfy you. Those who are yet not familiar with the band may have plenty of questions in mind. That is the reason why ‘the hood’ recently caught up with the members of ‘Messianic Era’. 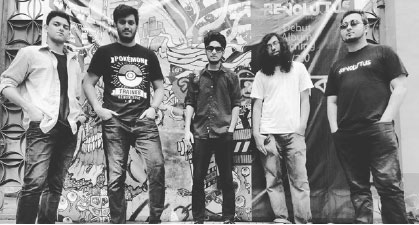 The first question that often pops up is related to the name of the band. Are these the metal messiahs that ancient people of the land had promised? Well, even if such prophecies are purely imaginary, the band members really had a very noble reason behind naming it. “Messianic Era is a theological term referring to a future time of universal peace and brotherhood on the earth, without crime, war and poverty,” said Navid Ehsan, vocalist and guitarist of the band.

The band ‘Messianic Era’ was formed back in 2011 as a three-man setup consisting of Navid Ehsan, Tahmid Rahman and Shafayet Chowdhury. The current lineup consists of Navid Ehsan on vocals and guitars, Tahmid Rahman on guitar from the original lineup as well as Rafeed Redwan Roktim on bass, Rafayyat Jim on drums and Tawhid Islam Khan on keys. “Tahmid and I go way back. We have been friends since early 2000. We used to learn guitar from Oni back in 2006 and that’s how our musical journey started. I came across Roktim in 2013 at North South University where we were members of a club. Roktim joined ‘Messianic Era’ in 2015. We met Rafayyat in 2016, and he was like an answer to our prayers, just the kind of drummer we needed for the music we always wanted to do but never had the guts to do! Then we came across Tawhid in 2017.”

In the band, some of them are job holders and some are students. Regardless of their busy schedules, they always make time for music and each other! “Back when we were students, we used to hear people telling us that job and music does not go together and after doing a nine-to-six job, we would be too tired to concentrate on music. That is true to an extent. However, we believe that it all depends on priority. Music defines our personalities and life without this certain ingredient would be like food without salt, no kidding! Music has a drastic impact on our lives. For us, our very first identity after being a human being is being a musician. It might sound clichéd, but during our hard times when everything seemed not okay at all, music happened to be the only thing in our lives that put a smile on our faces.”

The self-titled album will consist of nine tracks, including an intro instrumental and an outro instrumental. “It has two English tracks and five Bangla tracks. If we are to say what the current status of our album is, 90 percent of it is done and the ones that are done are in process of mixing at Studio Mars. Except for one track, titled Rupantor, the rest of the tracks has lyrical similarities, which, in other words, we can say we do have a theme for our album but I want to leave that for the listeners to determine,” said Navid. “The lyrics of this album were written mostly by Samin Yasar and one by Mathur Mannan. But the ideas of the lyrics were basically given by us which depended totally on our state of mind at that point of time. The philosophy of our band is plain and simple --- making people realize what is right and what is wrong.”

The band said that they hope to release the album in February (2020). “For the last few years CD cases are being made by paper. We want to break that monotonous and boring presentation of CD cases and get back to the time when CD cases were made of clear plastics, which is known as jewel case. It kind of feels more appropriate and worth spending on.”

While progressive metal music has its royal clans and proponents, it is not exactly mainstream yet. At the end of the day, what is the purpose behind spending so much time, energy and money to this aspect of life? “We don’t expect much monetary return from the kind of music we do (Progressive Metal), being in a conservative society. We have a very niche audience and we are happy with that.”