Journos should do more to fight fake news 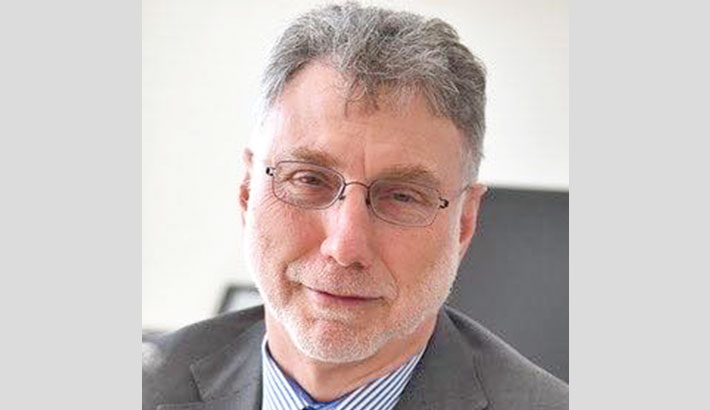 Terming fake news as a longstanding problem, noted American journalist Marty Baron asked journalists to do more to get their reports substantiated with facts and figures to help remove public misunderstanding about the media.

“Fake news is not a new phenomenon. It has been in journalism for 100 years. People’s trust in the press declined during the Watergate scandal. Later, the reporting done by the Washington Post and others proved to be accurate although the then president denied it.”

During an interview on Friday morning at a conference titled ‘Fall National College Media Convention,’ Baron said, replying to a query about press freedom and rebuilding trust in the era of fake news.

Two collegiate journalists — Shannon Mason, a junior at The King’s College, and Marissa Payne, a senior at the University of Iowa – interviewed him.

Marty Baron is the executive editor of The Washington Post, overseeing more than 800 journalists. News organizations under his leadership have won 14 Pulitzer Prizes, including seven at The Post, six at The Boston Globe and one at The Miami Herald.

In the interview, he spoke on the need for transparency saying “journalists should do more to clear up misunderstandings the public has about the media’’.

“I think we need to disclose a bit more about how we go about our work and be more transparent and show more documents, talk a bit more about the process, whatever we can do to actually display our work is important,” he added.

The four-day long conference began on Thursday at the Grand Hyatt Hotel in Washington, D.C.

Replying to another query, the executive editor of The Washington Post said: “Let us talk as to who we are. People with different background work in the newsroom of Washington Post. We have people in our newsrooms who grew up from farms. We have people who were earlier in the military and served in combat in Afghanistan and Iraq.”

Baron stated that he never wanted to know reporters’ political views although there are various types of people working in the newsroom.

“What we suggest them is they just be good journalists, and that’s the only thing that we want them to be. The only litmus test for us is that they are committed to getting facts and getting the truth,” he asserted.