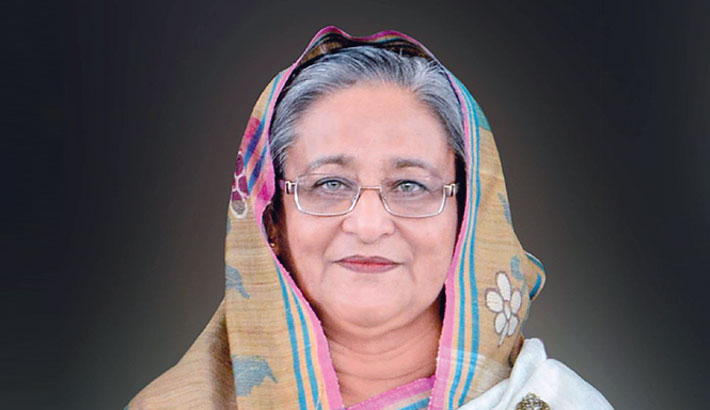 When someone gets killed, we clamour for justice for three to five days. Then we forget or get busy with our lives. We start saying that justice will not be served. Why bother thinking about it? A great leader learns from her past. She becomes kind and strong when time demands. Our premier is one such leader. Undoubtedly, Sheikh Hasina has achieved a lot, but this time I think, she has outgrown herself by showing her iron fists to corrupt practitioners. The former British Prime Minister Margaret Thatcher was called the iron lady of England. I think, we now have our own iron lady. Thankfully! Hasina’s pledge to show zero tolerance to irregularities is paying rich dividends. I feel very safe in my country now. The Abrar Fahad murderers have been put behind the bars, the Risha murder case has been properly persecuted; the murderer is awaiting the execution of his death penalty. Shouldn’t our premier deserve to be lauded? Yes, she does.

Hasina is instructing all to reduce the nature of impunity from society. She is least tolerant of irregularities now. Without her timely intervention, it was getting difficult to control some of the rotten members of her party. They objectify Bangabandhu. They abuse their position in the name of Bangabandhu and Hasina. Rightfully, she has understood that infiltrators have gone on to tarnish her reputation as a leader. Now, they are either caught or going incognito. They have lost casino businesses. Some of them are playing cards in jail-rooms. What better they can do!

Hasina has kept her promise. Sonagazi Madrasa student Nusrat Jahan Rafi’s murderers have been persecuted. 16 of them will be hanged to death in due time. Sadly, Rafi is no more. Happiness amid sadness is: her family members have found justice, hitherto very rare in our country. Even Hasina had to wait for 21 years to change the bloody indemnity act one of the killers behind the murder of Bangabandhu propagated.

Thanks to Judge Md Mamunur Rashed of Feni Women and Child Repression Prevention Tribunal for closing down this case within 7 months, 62 working days from 10 July to 30 September. Hopefully, people will now think twice before committing such crimes. Death penalty awaits them. We should not murder people. We must murder our negative thoughts.

What a teacher former Madrasa Principal Siraj Ud Doula was! How can a teacher do something like that? Even before instructing the murder of his student, he attempted to harass her. Rafi was a fighter. She protested, unlike other students who could not say no to his sexual approach. Had Rafi had not protested, other women would have been harassed too, perpetually. Doula’s lust would have gone unabated. Awami League (AL) leaders Ruhul Amin and Maksud Alam thought they would escape the wrath of the law. Karma has bitten them hard, in fact very hard.

In Christopher Marlowe’s Dr. Faustus, the central character is Dr. Faustus. In return for having the power to use black magic, he sells his soul to the devil. He goes on marauding and trusting wrong people who put him in trouble in the end. At last, God tears his body into pieces and his limbs are scattered everywhere. Similarly, in Sonagazi, the murderers lost their faith in religion. Hopefully, the 16 murderers, SM Siraj Uddoula, Ruhul Amin, Maksud Alam, Md Nur Uddin, Md Shahadat Hossain Shamim, Saifur Rahman Md Zubayer, Jabed Hossain, Hafej Abdul Kader, Md Afsar Uddin, Kamrunnahar Moni, Umme Sultana Popi, Abdur Rahim Sharif, Iftekhar Uddin Rana, Imran Hossain, Md Shamim, and Mohiuddin Shakil will realize the pain Rafi had gone through. One of the convicts, one of the two accused females, Moni was four months into her pregnancy. Either she hated her pregnancy or she was in pre-natal depression; otherwise, I am not getting any clue as to why a pregnant woman would get involved in the killing. Moni was trying to impress her teacher. She had a relationship with him; probably, she feared Rafi would disclose her name in the FIR—-these are probable reasons I am trying to add into my jigsaw puzzle.

The media organizations should be thanked too. The social networking sites have made people more aware. Abuse also happened before. But now people are more cautious and expressive.

Nusrat’s brother Mahmudul Hasan Noman also the plaintiff thanked Prime Minister Sheikh Hasina. He said, “We have been able to get justice so fast. So thanks go to the prime minister”(The Daily Sun, 25 October 2019). Convict Absar Uddin, after getting his justice, animatedly said to Noman “I will come to see you after I get released (The Daily Tribune 25 October 2019). Abdul Kader said, “All of you will face trial on the day of keyamat” (The Daily Tribune). Sheer madness! They will rot in hell. The murderers have been found. Truth has come out.

Thank you Prime Minister, one of the best prime ministers of the 21st century!