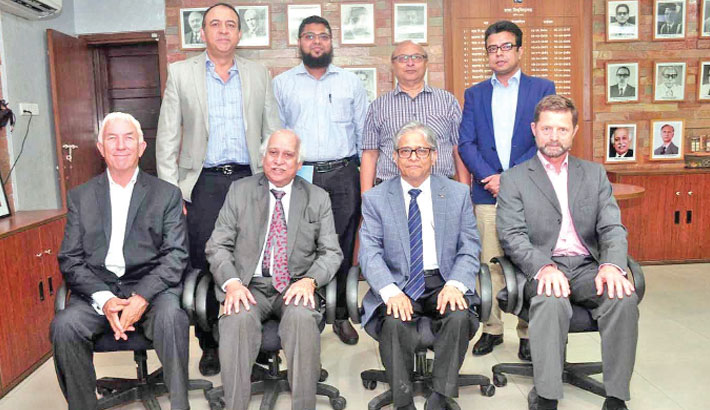 A delegation of Edu Can International Limited of UK and Dhaka University Vice-Chancellor Professor Dr Md Akhtaruzzaman pose for a photograph at the latter’s office of the university on Tuesday.

Other member of the delegation was Paul David Watkinson, International Director of Haileybury School of UK, said a press release.

Former DU VC Professor Dr SMA Faiz was, among others, present on this occasion.

During the meeting, DU VC apprised the team members of brief history as well as academic and research activities of the university.

The centenary of Dhaka University will be celebrated in 2021, he informed.

A special event will take place in London to celebrate DU centenary, he mentioned.

Besides, the VC sought cooperation from UK delegates in holding this event there during that time.  The UK delegates assured the VC of providing all possible support and cooperation in this regard.

It may be mentioned that the UK delegation is now on a visit to Bangladesh for implementation of an education project titled “International School of Bhaluka in Mymensingh”.