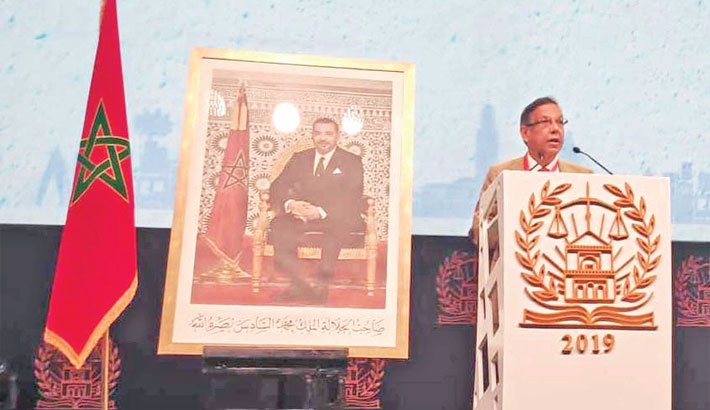 Law Minister Anisul Huq on Tuesday said a stable government under a strong leadership turned Bangladesh into a development model in the world.

The minister said this while speaking at the 2nd International Conference on Justice that began in Morocco’s Marrakesh city, said a press release of law ministry.

“Since 2009 Bangladesh started making unprecedented and tremendous success for socio-economic development. Presently it has turned into a ‘development miracle’ from a so called ‘bottomless basket’, and sets an example of development for other developing countries of the world,” Anisul Huq said at the conference.

The two-day conference with “Justice and Investment” as its theme drew justice ministers from over 40 countries. Moroccan King Mohammed VI in a message addressed to the opening ceremony of the event, said justice was one of the key sectors that help improve the investment environment, promote free enterprise and protect entrepreneurship.

“The investment climate requires legal and economic guarantees that ensure confidence in the judicial system,” he said.

Anisul said Bangladesh’s achievements were particularly attributable to Prime Minister Sheikh Hasina’s political commitment to make Bangladesh a middle income country by 2021 and developed one by 2041.