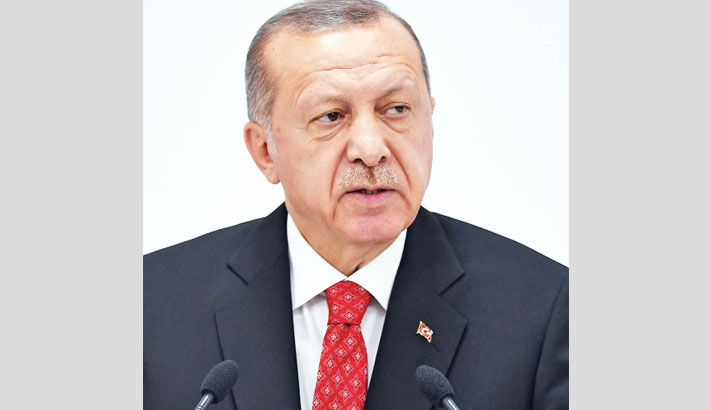 The two leaders met in southern Russia with just hours to go before a deadline for the withdrawal of Kurdish fighters from parts of Syria under a US-brokered deal.

Putin—who has emerged as the key powerbroker in Syria—said he hoped to find a way to deal with the “very severe” situation in the country’s north.

Sitting down with Erdogan in Russia’s Black Sea resort of Sochi, Putin said he believed that good ties between the two countries “will let us find an answer to even the most difficult questions”.

Russia and Turkey have emerged as the main foreign players in Syria’s conflict, with Moscow’s position strengthened after US President Donald Trump announced this month he would be withdrawing American forces from the north of the country.

The announcement cleared the way for Turkey to launch a cross-border offensive on October 9 against the Kurdish YPG militia, viewed by Ankara as “terrorists” linked to the outlawed Kurdistan Workers’ Party (PKK).

The assault sparked Western outrage and accusations of betrayal from the Kurds, whose frontline fighters were crucial in the fight against the Islamic State group in Syria.

Speaking to reporters at Ankara airport on his way to Sochi, Erdogan said he and Putin would discuss “steps to end (Kurdish fighters’) presence in regime-held areas” of Syria.

Following a deal with US Vice President Mike Pence last week, Turkey announced a 120-hour pause of the offensive from last Thursday under which Kurdish fighters were to withdraw. Turkey says that deadline expires at 1900 GMT on Tuesday and Erdogan warned Ankara would not hesitate to resume its military assault.

“If the promises given to our country by the United States are not kept, we will continue our operation from where we left off with greater determination,” he said.

Russia is a crucial ally of Syria’s President Bashar al-Assad and has demanded that Turkey respect the country’s territorial integrity.

As the US troops began to withdraw last week, Russian forces moved in to support the Syrian army, whose help against Turkey was requested by the Kurds.