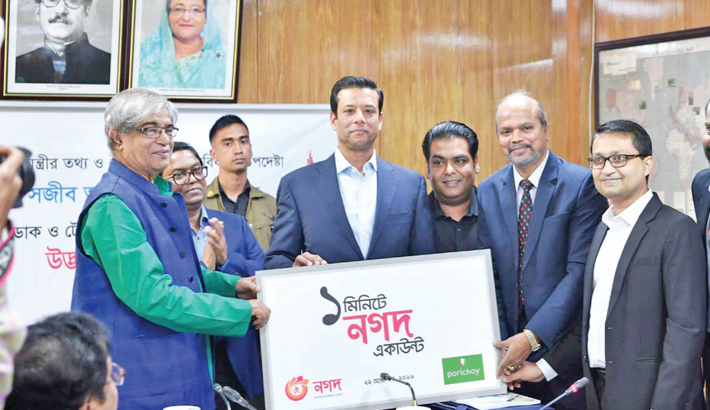 Another new mobile apps ‘Porichoy’, a national identity gateway application, will facilitate the one-minute registration process for the service.

Joy inaugurated the service at a function held at the Ministry of Post and Telecommunication at the Secretariat in the city.

Through the ‘Porichoy’ application, the ‘Nagad’ app will be able to perform automatic facial authentication and verify National ID in just a minute. As an outcome of this service by ‘Nagad’- fraudulent customer registration will now be prevented more effectively, officials claimed in a statement.

In just seven months after launching, ‘Nagad’ has become the second most popular financial service provider in the country and put an end to the monopoly market of mobile financial services in Bangladesh which existed for the last 11 years.

Nagad currently offers the lowest cash-out charge at only Tk 14.50 per thousand. Also, customers will now receive Tk. 5 cash-back per thousand for cash-in.