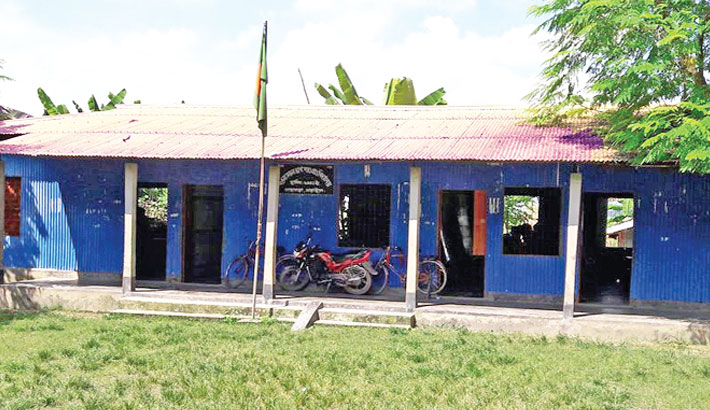 NARAIL: In seven decades since its establishment, the Mondol Bhag Government Primary School in Lohagra was swallowed by the Modhumoti River twice - in 2003 and 2007.

The number of its students is declining gradually for lack of teachers and school building, reports UNB.

Locals said there were 350 students at the school in 2002 and the number has come down to 63 this year.

Last year, only three students took part in the Primary Education Completion (PEC) examination from this school. The number was nine in 2015, seven in 2016, and three in 2017.

A tin-shed house with four rooms was built to continue academic activities after the building was devoured by the river in 2007. That house is still being used. There is no separate room for each class.

There has been no teacher recruitment in the last five years. Teachers have urged the government to hire more teachers and build a new school building.

They said it is almost impossible for three teachers to teach the students of all four grades. Attending official training, programmes and taking emergency leave by teachers hamper academic activities, they said.